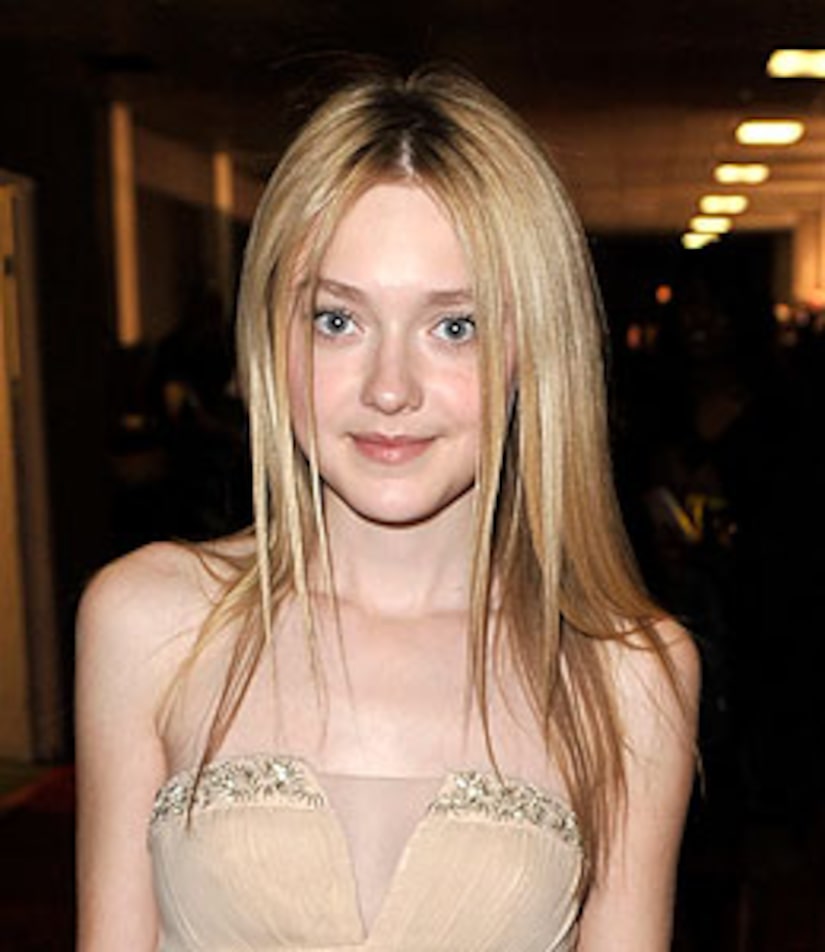 From child star to vicious bloodsucker -- Dakota Fanning has transformed into the baddest newbie in "New Moon" and she loved every second of it.

"I think it's more fun to play a bad person than a good person," Dakota admits of her character Jane, a member of the evil Volturi vampire clan. "She almost blows your mind how evil she is."

"Extra" caught up with the 15-year-old while hosted the Style Savvy for DS or DSi launch party with Rachel Zoe in L.A. Enter to win Style Savvy! The game releases Nov. 2.

Fanning wore red contacts and white powder in the film. "I thought I was pale before I did the movie, but I realized that I'm not!" Dakota jokes.

See the official photos of the Volturi

Like Dakota, vampire Robert Pattinson kept his skin fair for the shooting of the movie -- and tells "Extra" he thinks it's funny that his pale disposition, once considered sickly, makes girls swoon. "It's funny. People were like, 'He looks like a junkie.' And now, 'Oh, he's so good looking!'"

Taylor Lautner can relate to Rob's feeling about fame. "Oh man, it's so embarrassing," he tells "Extra," laughing.

Check out "Extra's" Twilight page for up-to-date information about the film and its stars!