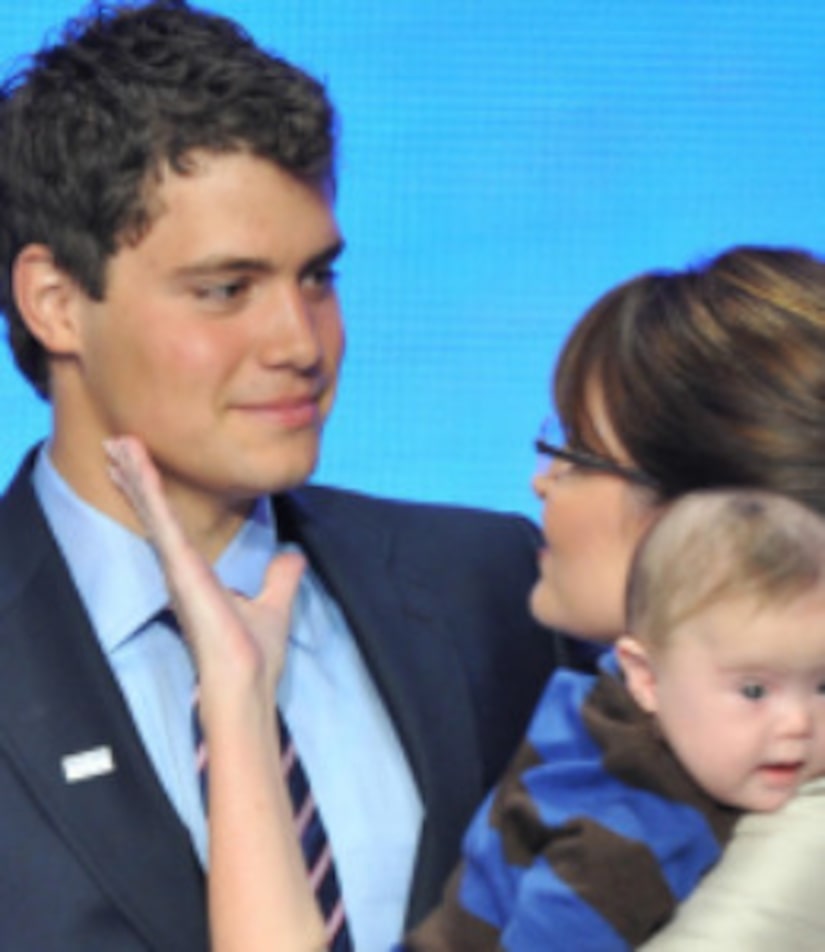 The gloves are off in the battle between Sarah Palin and Levi Johnston!

In an appearance on CBS' "The Early Show" on Wednesday, Johnston, 19, accused Palin, 45, of referring to her infant son, Trig, who has Down Syndrome, as "retarded."

Johnston also suggested that he had information on Palin, the onetime Republican Vice Presidential nominee, that would get her "in trouble and could hurt her."

When pressed for more details, Johnston said, "I'm not gonna go that far. You know, I mean, if I really wanted to hurt her, I could very easily. But there's ... I'm not gonna do it."

"We have purposefully ignored the mean spirited, malicious and untrue attacks on our family," Palin said. "We, like many, are appalled at the inflammatory statements being made or implied. Trig is our 'blessed little angel' who knows it and is lovingly called that every day of his life."

Added Palin of Johnston, who is due to shoot a full-frontal nude pictorial for Playgirl this November: "Consider the source of the most recent attention-getting lies. Those who would sell their body for money reflect a desperate need for attention and are likely to say and do anything for even more attention."