Jason Mesnick was lucky to have his choice of 25 beautiful women on "The Bachelor," but an offer to make Molly Melaney the new "Bachelorette" made him rethink his feelings for the runner-up. 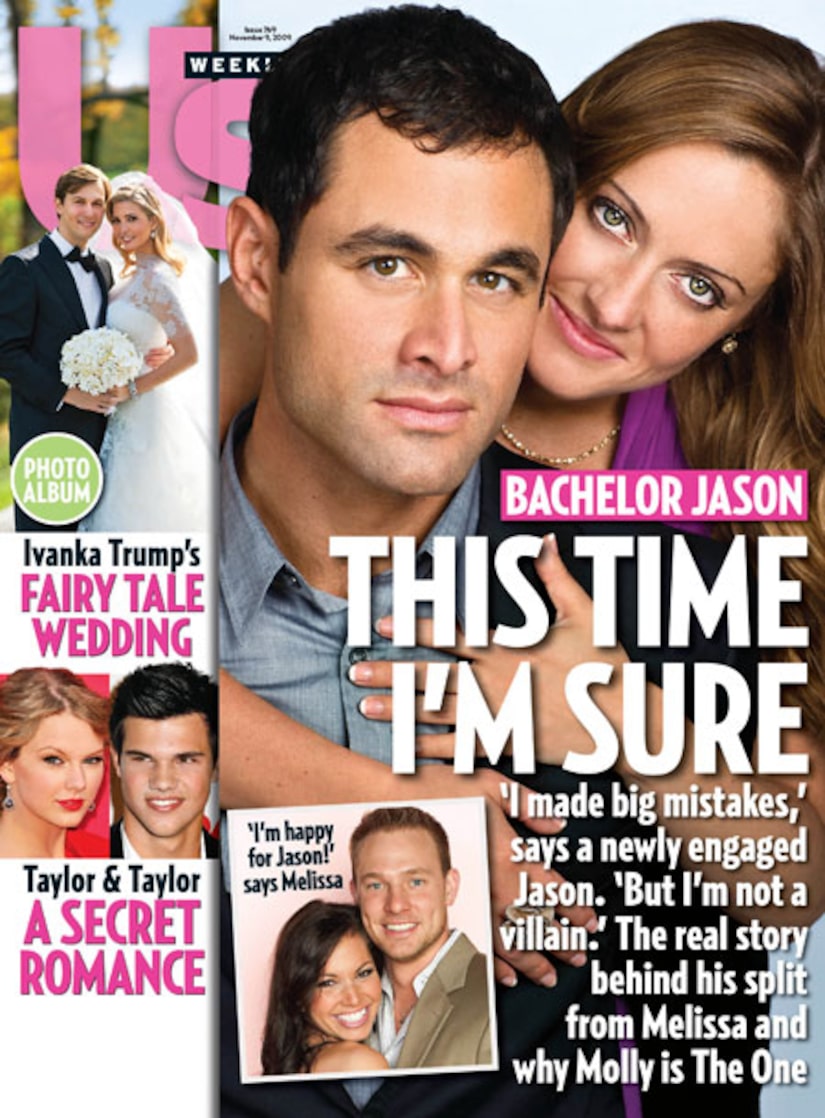 Mesnick, 33, tells the new issue of Us Weekly that a week after Mesnick popped the question to his first choice, Melissa Rycroft, producers of the show "kept asking me if I thought Molly would make a good 'Bachelorette'."

It took visualizing a pool of eligible bachelors fighting over Melaney, 25, to make Mesnick rethink his decision about putting a ring on Rycroft's finger. He infamously dumped her on live TV during the "After the Rose" special, although he swears they actually broke up in public about a month earlier.

"I realized I was not willing to let Molly go on TV and have 25 guys fight over her," he says.

As for Rycroft, he says: "Melissa is a great girl, but there wasn't any chemistry. So I broke up with her after Christmas, about a month after we wrapped."