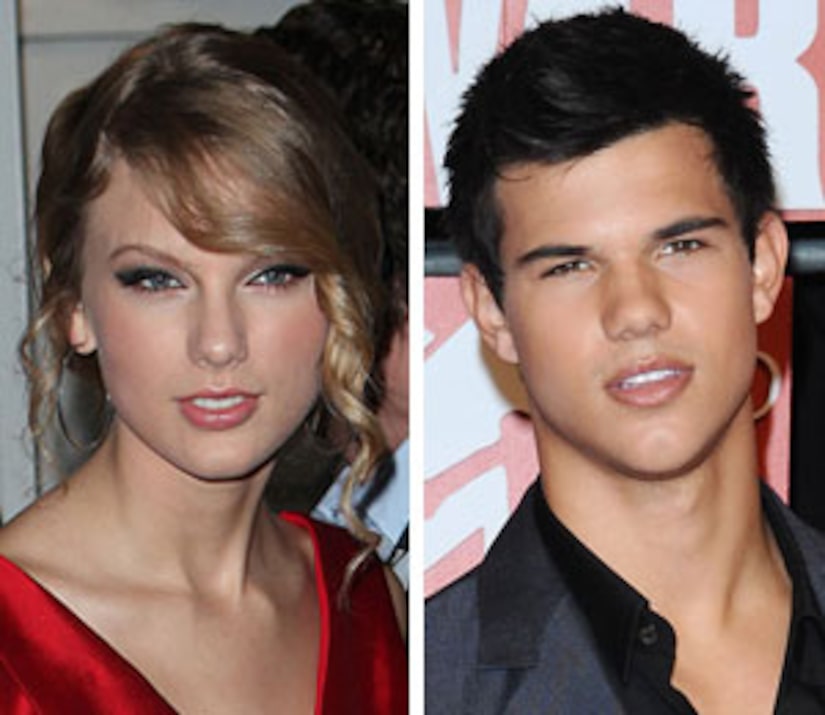 Taylor Swift is hanging out with a younger man!

Swift, 19, and "New Moon" stud Taylor Lautner, 17, were spotted at an L.A. Kings hockey game on Sunday night, and a source tells Usmagazine.com they are more than friends.

"They have gotten closer," the source says. "They talk all the time, and they like each other."

The two -- who were spotted at the Beverly Hills Hotel after the game -- are taking their relationship one step at a time.

"It's been hard with their schedules," the source tells the mag. "They are both young and in the spotlight."

Rumors of a romance first popped up in July when Swift and Lautner filmed a kissing scene for their romantic comedy "Valentine's Day" (out Feb. 2010). A few weeks ago, Lautner surprised Swift at her concert in Chicago.