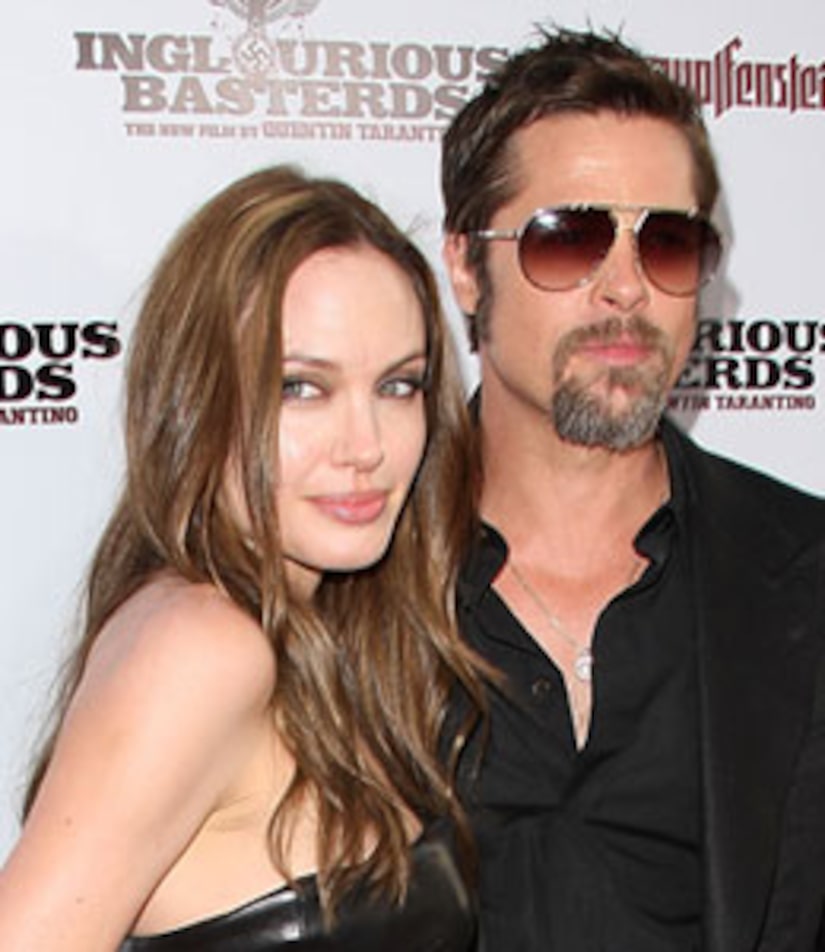 Brad Pitt and Angelina Jolie's relationship will be exposed as far from perfect in an explosive new book set to hit stores December 2009.

"Brangelina Exposed," written by Ian Halperin, will reveal that that "Jolie's personal lifestyle choices are not only affecting her growing family, but causing serious and potentially irreparable tensions with Pitt," according to a press release.

It will also detail how the couple -- who hooked up in 2005 after Pitt's split from Jennifer Aniston -- "have successfully manipulated the public into believing a glamorous fairytale that bears little resemblance to the reality of the pair's life together."

The book will also detail Jolie's memorable open-mouth kiss with her brother James Haven, and claims her lesbian relationship with model/actress Jenny Shmizu is "ongoing."

"Brangelina Exposed" also promises to reveal the truth behind Pitt's marriage to Aniston and the "real reason" they called it quits: her "readiness to have children."