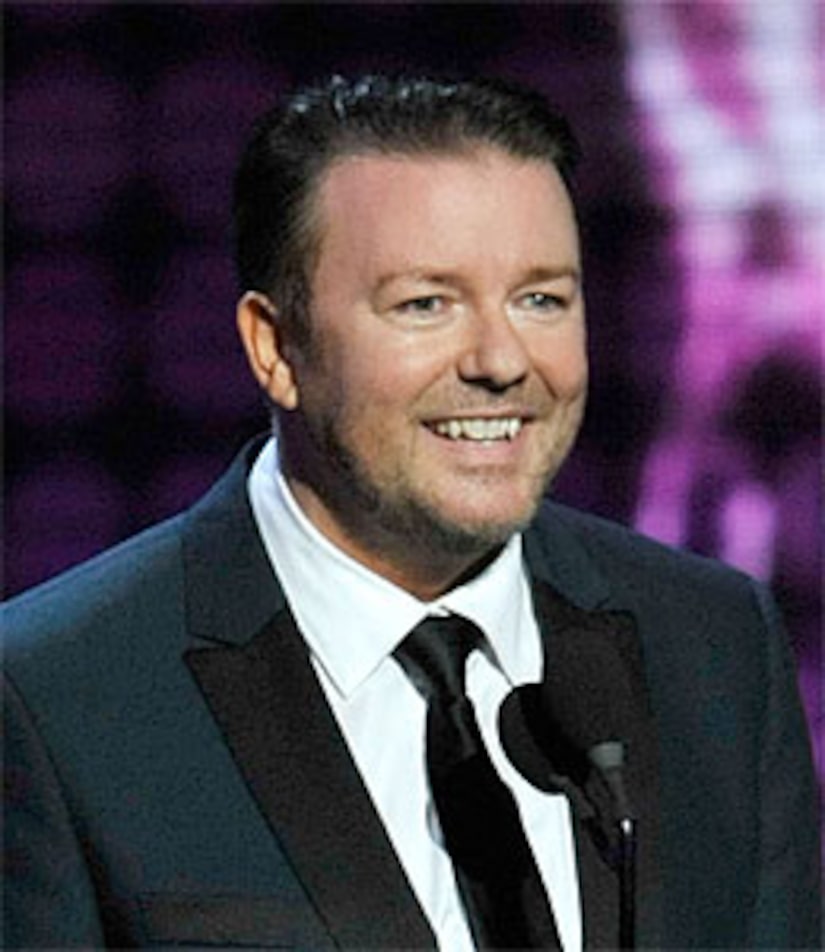 British funnyman Ricky Gervais has been tapped to host the 67th Annual Golden Globes in January -- and he's looking forward to his "free reign" onstage!

The comedian tells People magazine, "Not only is this the biggest Hollywood celebration of the industry, which includes both film and TV, but also an environment where I feel I can get free reign as a host. I have resisted many other offers like this, but there are just some things you don't turn down."

The actor, 48, has won three Golden Globes during his career. His film "The Invention of Lying" opened in theaters earlier this month.