Madonna returned to Malawi on Monday to kick-off construction on a school for girls she's building -- and promised to bring similar schools to more countries if her project is successful. 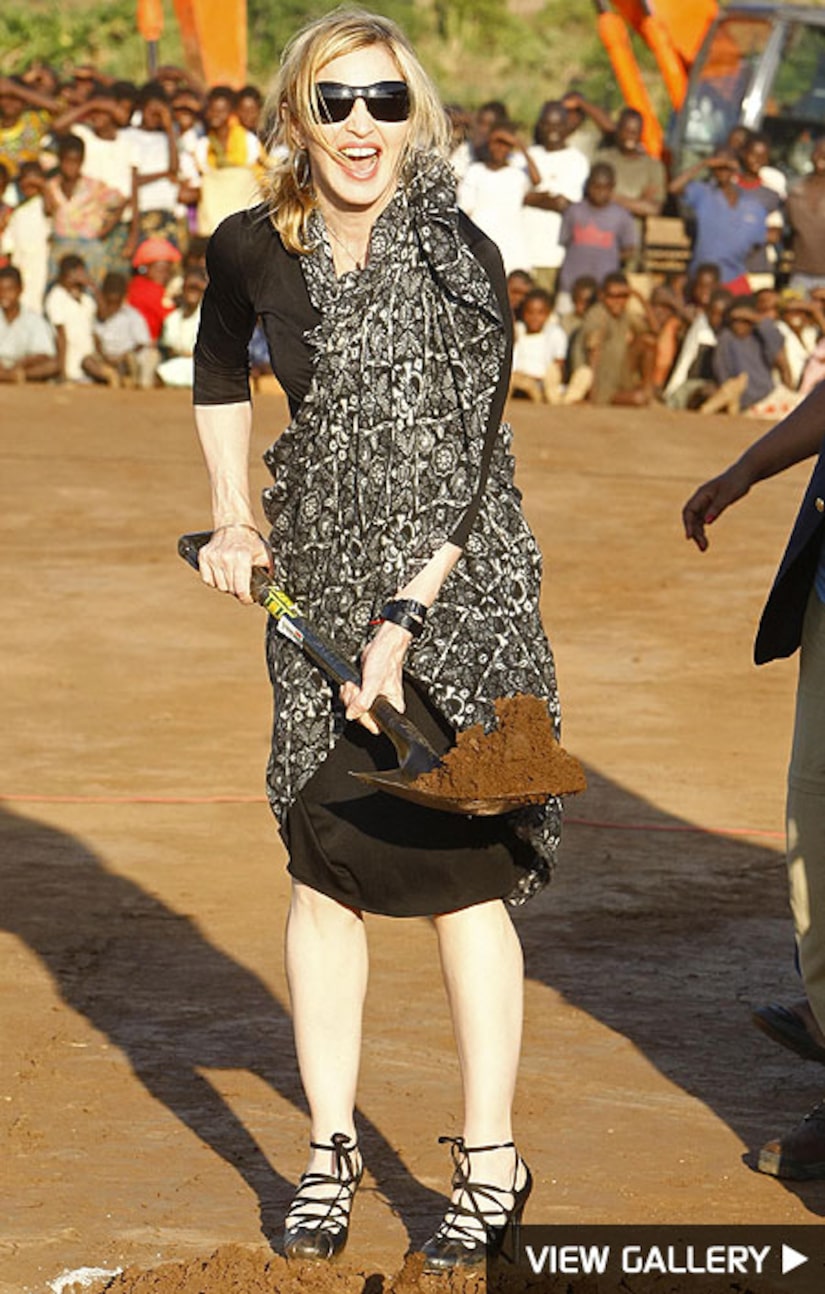 The Material Girl, 51, footed the $15-million bill for the construction of the Raising Malawi Academy for Girls, which will educate 500 girls in the African country.

"Growing up in a privileged life, I took education for granted, but coming to Malawi has taught me a lot of things and [I have] learned to appreciate what life gives," Madonna told the crowd at the launch, which included daughter Lourdes, 13.

The singer, who adopted daughter Mercy in June and son David Banda in 2006 from Malawi, says she wants to give underprivileged girls an advantage in the impoverished country.

"I realized how much they deserve to be educated and so for me, the best thing I could do was to build a school, a unique school that will create future female leaders, scientists, lawyers, doctors and if this school is successful it will be used as a model to replicate it in other countries," she said.

The Raising Malawi Academy for Girls -- located outside the capital Lilongwe -- is expected to be finished in 2011.