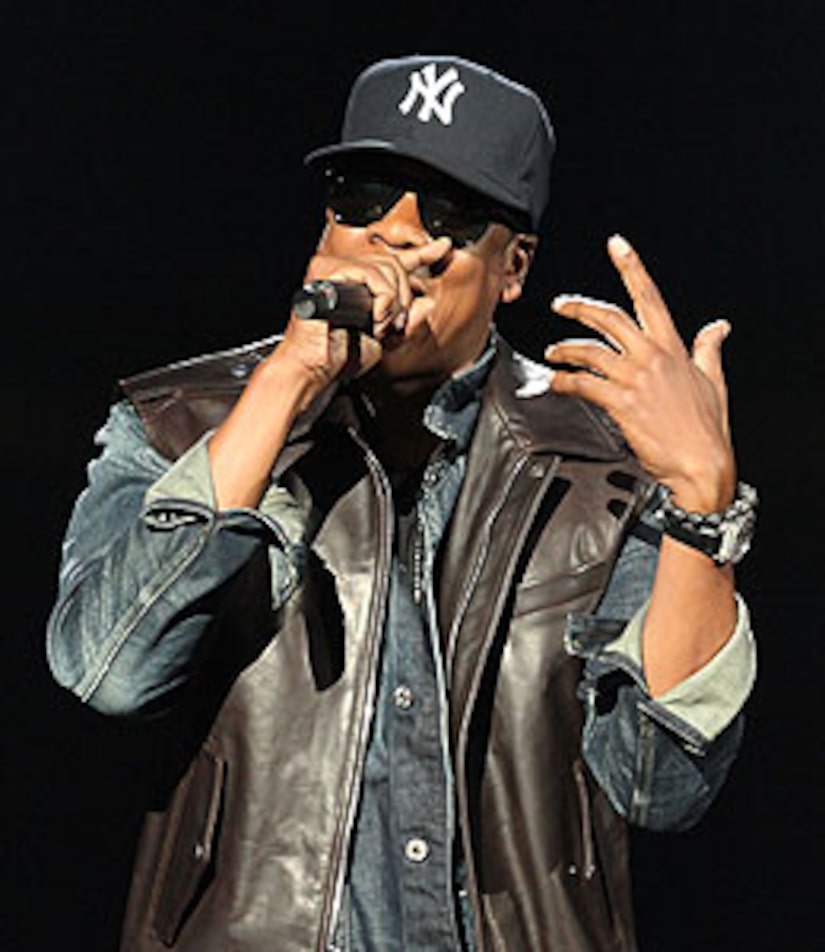 The New York Yankees pumped up to Jay-Z's "Empire State of Mind" during the playoffs -- and now they're getting the real deal for the World Series!

The hip-hop star will perform the song live with Alicia Keys to kick-off Game 1 of the World Series on Wednesday, when the Bronx Bombers take on the Philadelphia Phillies.

Jay-Z tells AP that the opportunity is a "once in a lifetime experience," adding, "Thank the good Lord for making me a Yankee."

The World Series will air on FOX.

Jay-Z has an estimated net worth of $150 million.

Other Projects for Jay

Jay-Z is the creator of the highly successful Rocawear clothing line.

Jay-Z is one of three original founders of Roc-A-Fella Records.

He is the current holder of the most number one albums on the Billboard 200 chart.

Jay-Z Grew up in the projects of Brooklyn.

At the age of 12 he shot his brother in the shoulder for stealing his jewelry.

His passion for rap peaked when mom Gloria bought him a boom box for one of his birthdays.

He attended the same high school as Notorious B.I.G. and Busta Rhymes.

Jay-Z did not graduate from high school.

He used to wake up his siblings and mother because of his "drumming" on the kitchen table.

Jay-Z and Beyonce were named a "Power Couple" in Time Magazine's list of the 100 Most Influential People of 2006.