Edward Cullen's perfect hair, brooding looks and outcast persona in "Twilight" are similar to those of bad boy James Dean -- and Robert Pattinson confirms that the "Rebel Without a Cause" inspired his portrayal of the vampire. 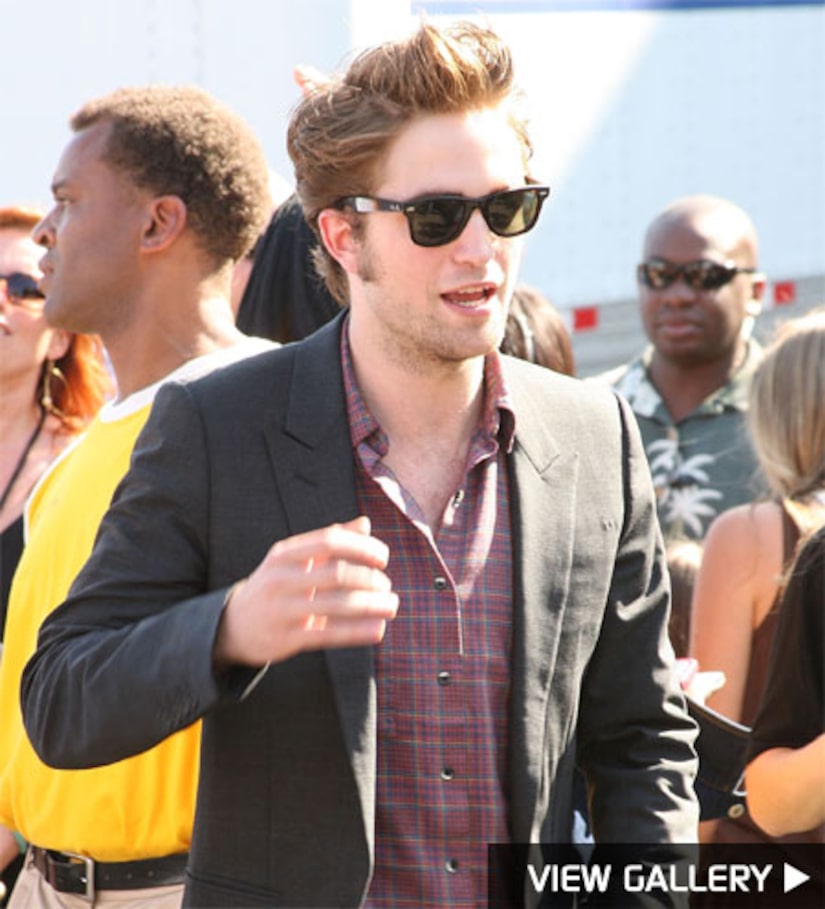 "'Rebel Without a Cause' was a big influence on the first 'Twilight' film -- it influenced the hairdo and stuff," Rob told USA Today. "In lots of ways, it has a very similar character arc: An everyday girl brings this relatively strange individual out of his slump."

Pattinson, like James Dean, attracts flocks of women all around the world. The 23-year-old admits that he's not quite used to the attention the fame brings. "I'm not entirely sure what it is," Rob said. "I'll probably realize afterward how I could have controlled it a little bit more. But I am still like a deer in headlights."

Rob also acknowledges that many of his fans were avid readers of the "Twilight" series of books -- and they have trouble distinguishing between the actor and his character. "Right at the beginning, everyone just called me Edward," he said. "I don't really mind either way. There's something about that character that, for some reason, has sparked an interest in massive degrees in so many different people."

Pattinson added, "If you want to compete with your own character, you have to really fight. I don't know if I could be bothered to fight. I just let it go by."