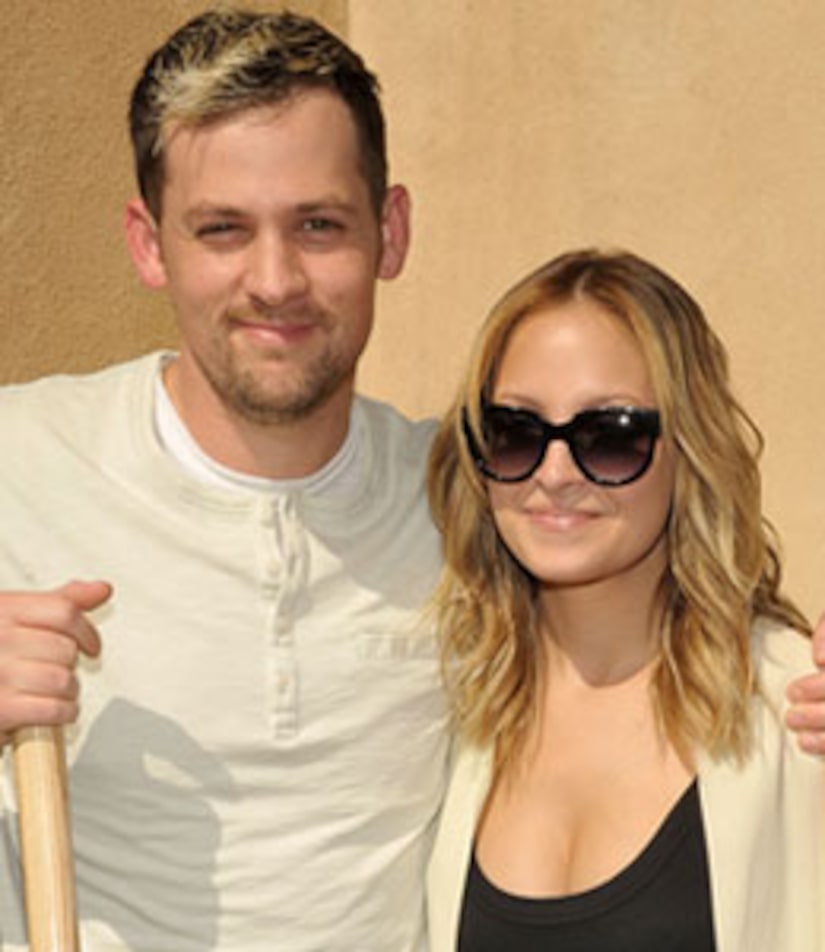 Halloween is just around the corner, and Nicole Richie and Joel Madden tell "Extra" what their family has planned for the holiday!

"I'm going to be the White Rabbit," Richie dished at the ribbon cutting for a new playground at the Beyond Shelter Los Angeles on behalf of the Richie-Madden Foundation. "I wanted Harlow to be something from 'Alice in Wonderland,' but she really wants to be Tinkerbell."

It's easier to plan a costume for her 6-week-old son Sparrow, Nicole explains, "I will wrap him up in toilet paper and make him a little mummy. He doesn't care."

Papa Joel won't be able to join in the festivities. He tells "Extra" he'll be in Australia, but if he had his way he would like to see the family of four dress up together. "I had an idea that I would be the beekeeper and they could be the bees," Joel dished. "But that didn't appeal to Nicole too much."