Videographer J. Michael Lockhart was on the scene when cops stopped Dennis Quaid from drinking and driving -- and says the actor is lucky he didn't get nabbed, because he was "seemingly hammered." 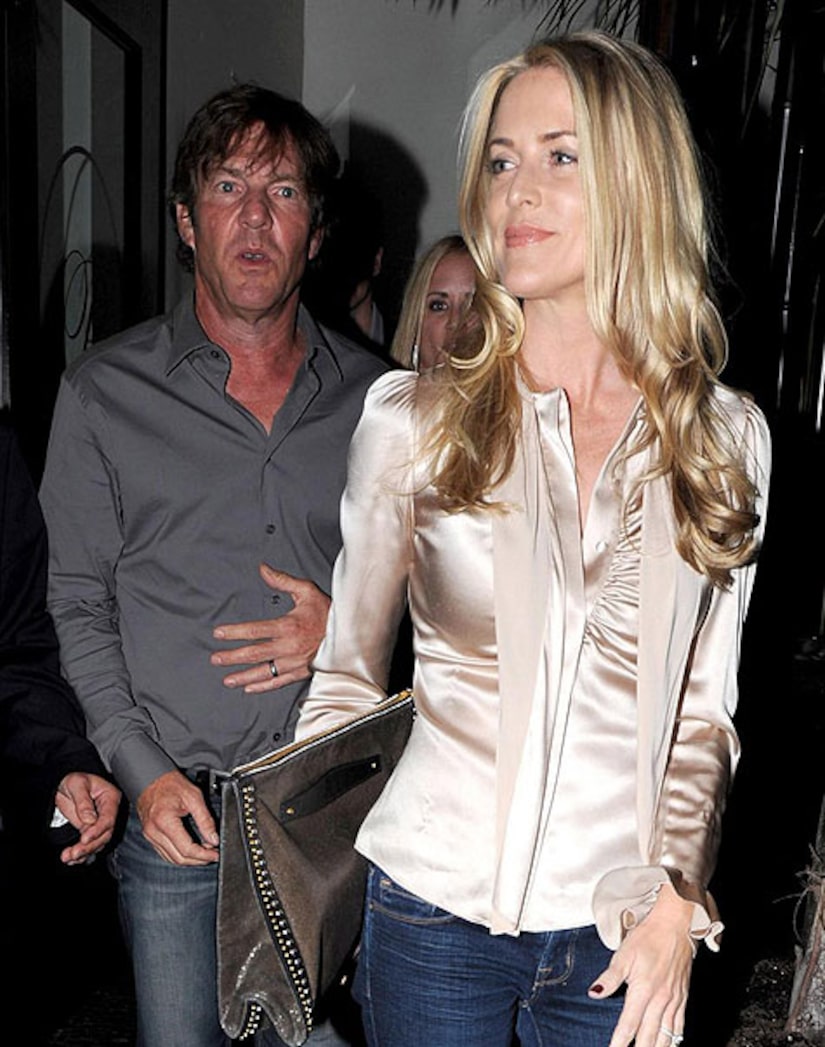 Lockhart was working outside Phillippe restaurant in Los Angeles, where the actor and his wife Kimberly partied with pals. When the couple exited the bar, Lockhart says, he and his party were "seemingly hammered."

Michael continues, "During all the commotion the police were watching from afar, once they saw Dennis -- clearly red in the face -- get into the driver's seat of his Escalade, he doesn't get more than a foot before they pull up next to him and make him roll down his window." According to Lockhart, the police officers informed Quaid that he shouldn't be driving, to which the actor replied, "I know we don't want to drive... I was just going to pull in right here" and pointed to a parking spot by the door he'd just exited.

The authorities then asked Quaid to get out of the car, and asked him and his wife to go back into the restaurant. Then, Lockhart says, "Just when everyone thinks the cops are going to walk in and arrest him for a DUI or Intent to Drive... they drive away! And never returned! The owners call his party a cab and they drive off into the night."

Calls to Quaid's reps for comment have not been returned. Paparazzi cameras