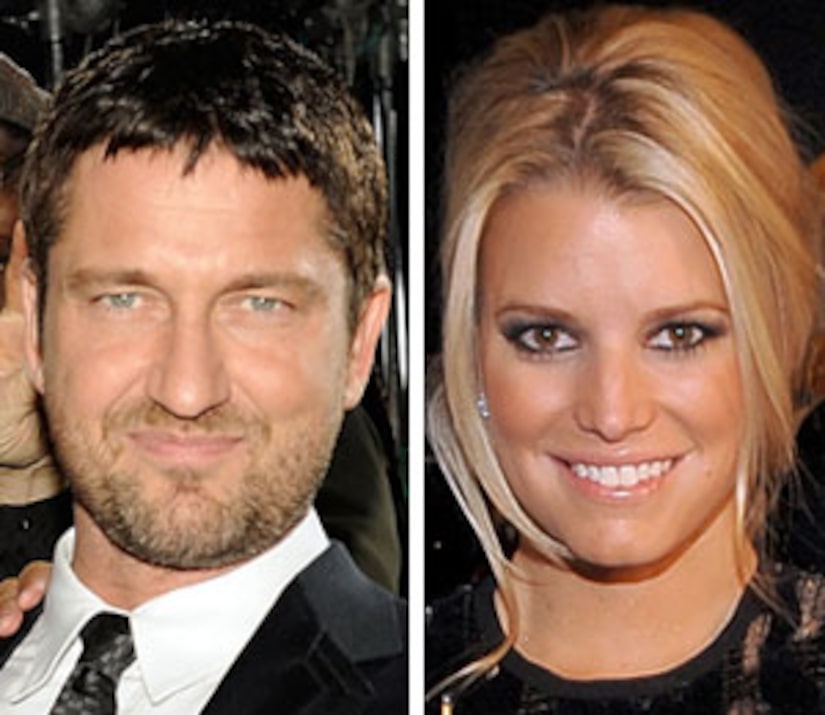 After Gerard Butler and Jessica Simpson were spotted together in NYC, dating rumors were rampant!

Not so fast, because "Extra" has learned Gerard and Jess are pals, not hookup buddies. The two were spotted at the hot Soho House in NYC this week and reportedly left together.

Butler's peeps tell "Extra" they have "no comment," but an "Extra" source says the handsome actor and the country singer are "just friends" -- and nothing else!