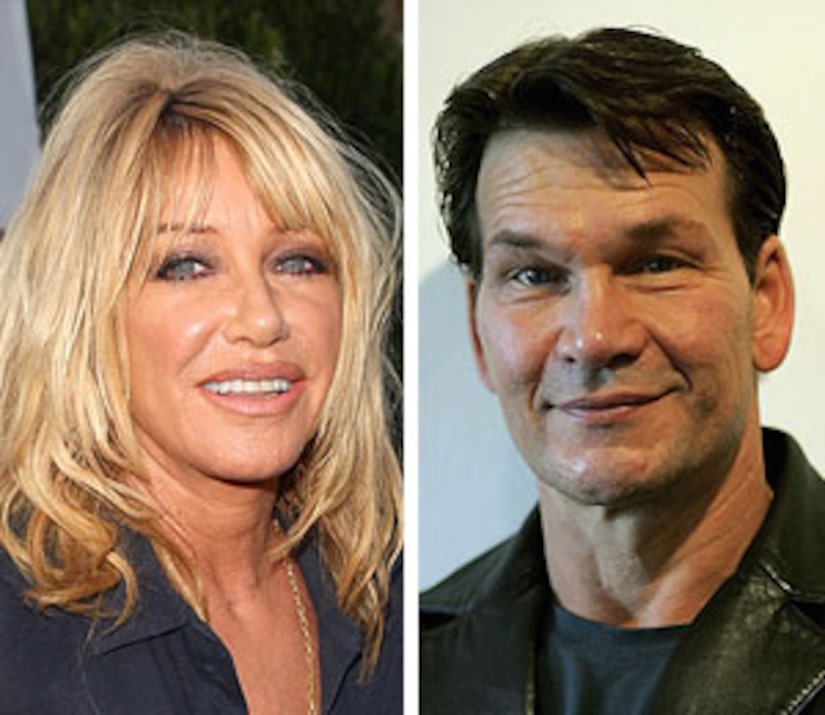 "I should not have said what I said," Somers says of her controversial remarks. When asked if she believed Swayze would still be alive if he hadn't undergone chemotherapy, Somers replied, "I don't know what Patrick chose, I don't know anything about it. I apologized to his family, I apologized to his brother -- I'm really, really, really sorry because everyone, when they're choosing treatment for cancer, makes the best decision they can."

Suzanne also shared her thoughts on the death of her close friend Farrah Fawcett, who like Swayze, lost her battle with cancer. "If she tried alternative first, would it have worked? I don't know."

Somers, who cured her own breast cancer ten years ago with hormone therapy and nutrition, remains a strong advocate for alternative cancer treatments. Her views on the subject were strengthened after being incorrectly told that she had suffered a relapse last year. "The oncologist comes in and says, 'You got cancer. It's everywhere -- I've never seen so much cancer.'"

The misdiagnosis prompted Somers to pen her new book, "Knockout," which compiles interviews with doctors who champion cancer prevention techniques.

Breast cancer specialist Dr. Kristi Funk says women should get their baseline mammograms at age 35. If that mammogram is normal, then start annual mammograms every year at age 40.

Get a Digital Mammogram

Dr. Funk urges women to always get a digital mammogram.

Time your mammogram to your menstrual cycle.

Breast cancers typically do not hurt — making them hard to detect.

Try limiting fat in your diet. According to the Mayo Clinic, results from the most definitive study of dietary fat and breast cancer risk suggest a slight decrease in risk of invasive breast cancer for women who eat a low-fat diet.

Regular exercise can help maintain a healthy weight and may aid in breast cancer prevention.

Men Should Not Ignore Symptoms

Breast cancer is deadlier in men because they tend to ignore lumps in their breasts. Thus, they are diagnosed at a later stage.

Drinking three cups of green tea a day reduces your risk of breast cancer by 50%.

Dr. Kristi Funk says those who take Advil, Motrin, Aleve or generic Ibuprofen may reduce their risk. She says two tablets weekly may reduce your breast cancer risk by 20% after 10 years.

Stage one diagnosis is a 98% survival rate.