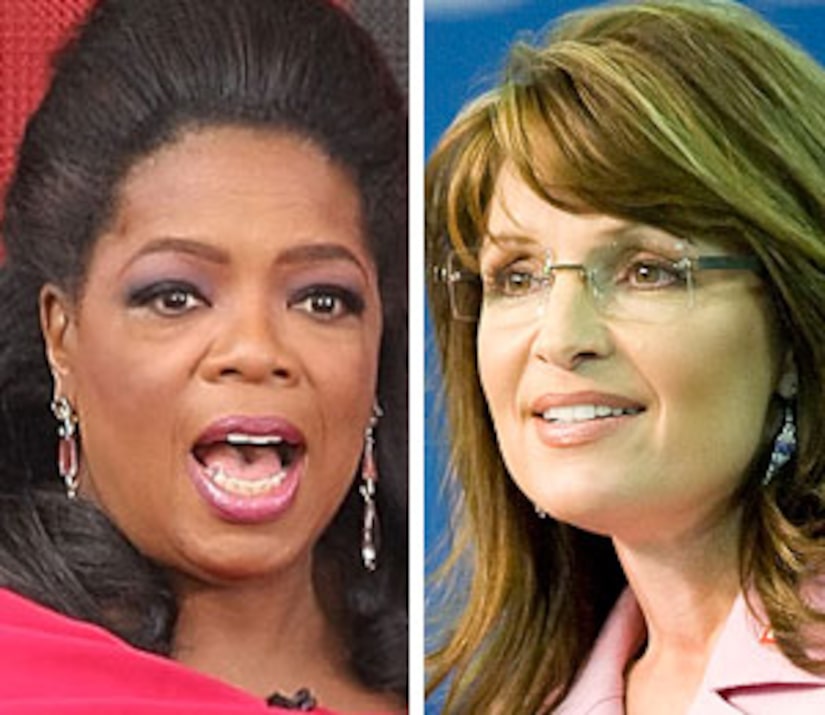 Former Governor Sarah Palin has finally agreed to sit down for an interview on "The Oprah Winfrey Show" next month... to sell her new book.

Harpo Productions announced the former Gov will appear on "Oprah" on Monday, November 16. Palin notably would not appear on Oprah during the 2008 campaign, in which Winfrey backed Barack Obama.

Palin's "Going Rogue: An American Life" was No. 4 on Amazon's bestseller list on Tuesday. The memoir will be released November 17.