Nadya Suleman dropped a whopping 145 lbs. after giving birth to octuplets in January -- and she's sharing her secret -- which is more than birthing eight kids. 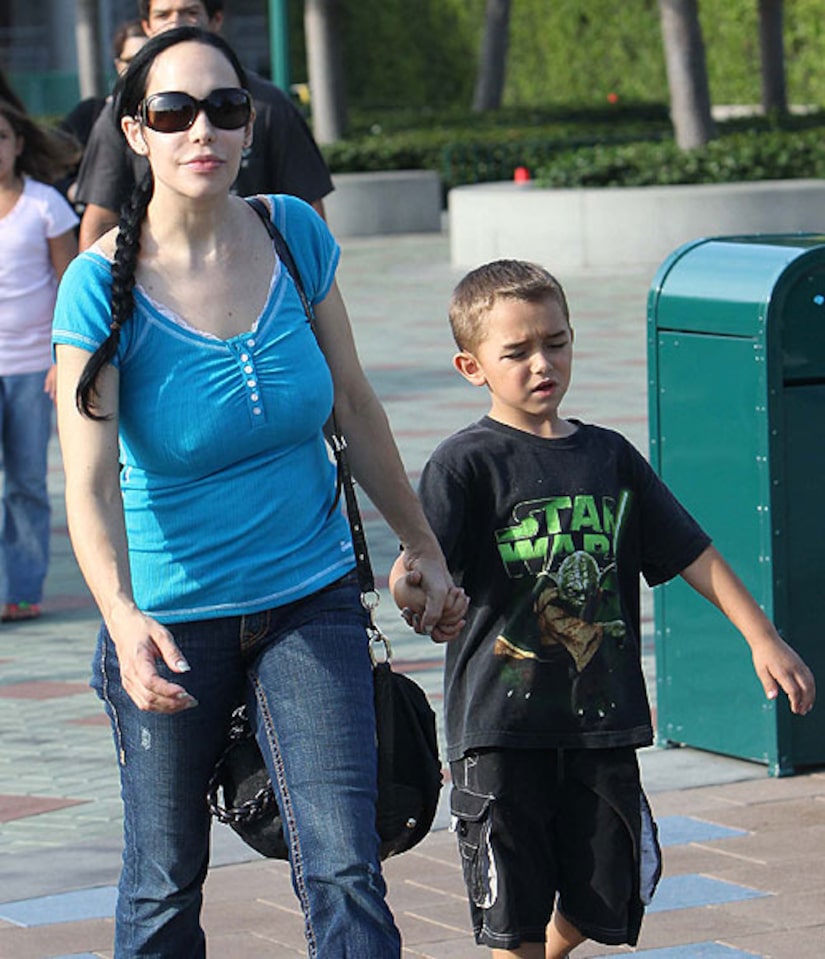 Octomom tells Radar Online that she's been able to shed the weight at the gym, where she goes once all of her fourteen children go to bed. The kids, she reveals, are "doing great" and "eating a lot."

Suleman, 33, also admitted to having the hots for reality dad Jon Gosselin, telling the website, "I kind of have a crush on Jon Gosselin... I think he's hot!"

Nadya may be attracted to Mr. Gosselin, but she has no plans to enter the dating world anytime soon. "I don't think any single mother of any amount of kids should start dating," adding that she would consider it "when the kids are older."

Suleman doesn't have quite as flattering a view fellow multiple-babymaker Kate, who Octomom famously slammed in June. "I feel for her. I wish everyone would leave her alone. I'm sure she trusts herself and trusts that she's strong enough to handle it."