Celebs have teamed up with PETA to end seal slaughter in Canada.

"Dancing with the Stars" contestant Kelly Osbourne and blogger extraordinaire Perez Hilton are speaking out against the annual massacre of baby seals. 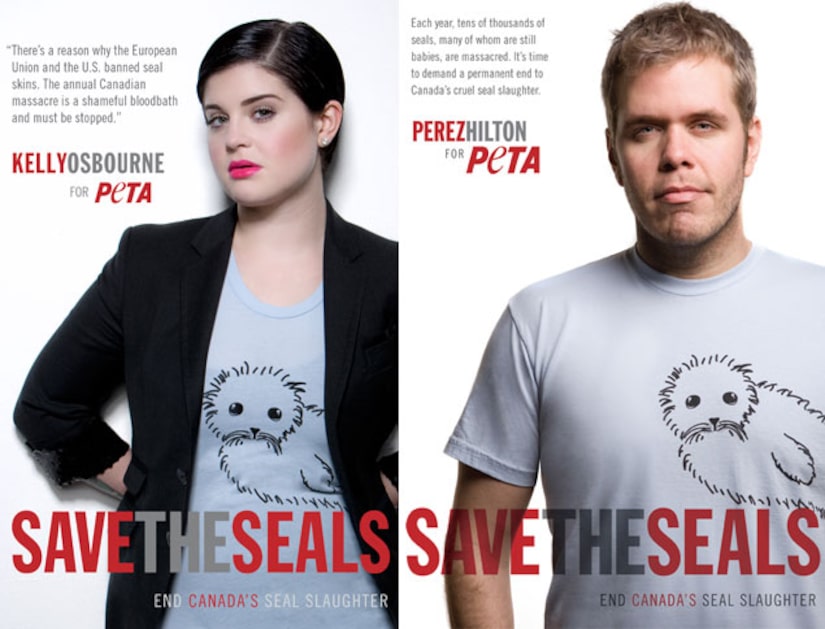 Osbourne says, "The saddest thing for me is just knowing baby seals, some of [whom] have not even had their first meal, are going to be killed, and most of them are probably still alive when they're skinning them. And there are no laws, nothing to stop them, so it's just going to get worse."