"Extra" caught up with Katie Holmes at Elle magazine's Women in Hollywood Tribute, where the actress gushed about daughter Suri -- and the possibility of more kids. 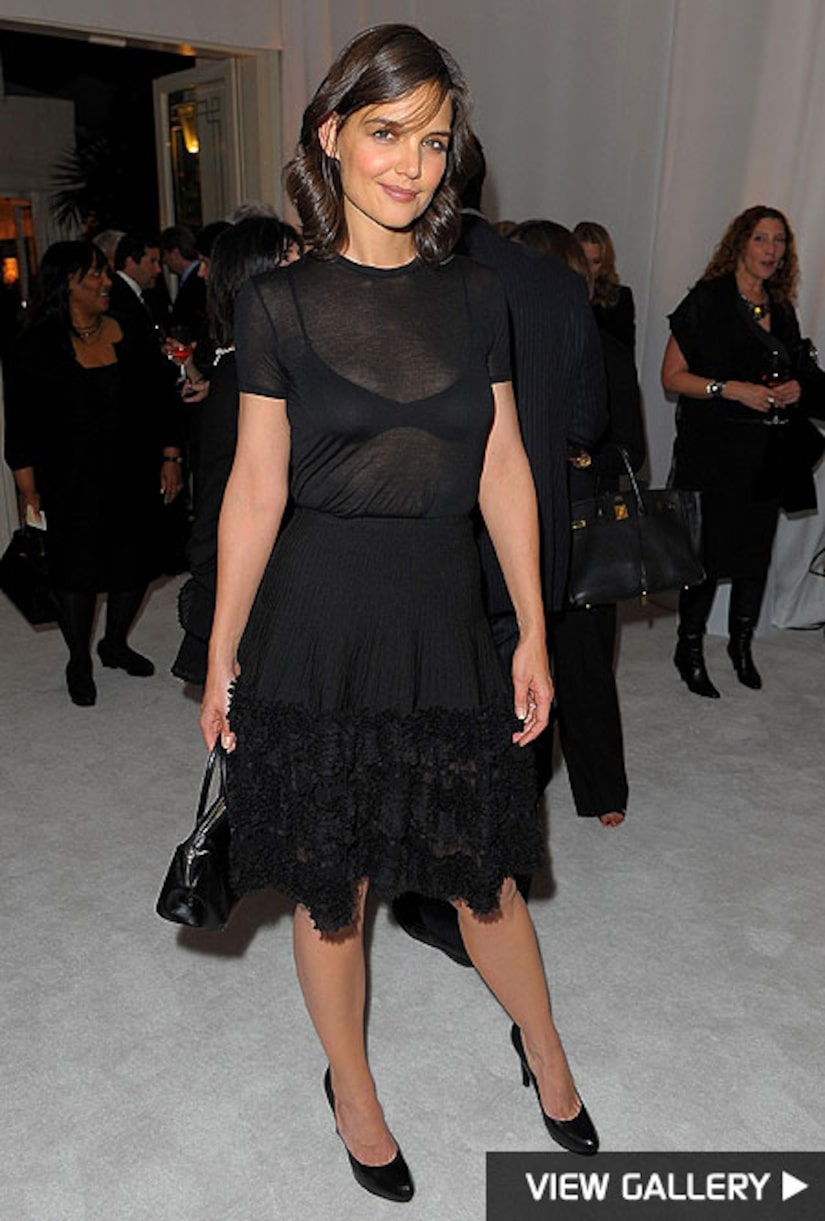 Suri, 3, is already a budding fashionista -- and Katie insists that the style choices are hers alone! "She picks them out," Holmes tells "Extra" of the tot's wardrobe. "She's a very good shopper... she goes in and she knows exactly what she likes, and she picks it out."

In addition to parenting Suri, Katie also is step-mom to Tom's kids, Connor and Bella -- but is she ready for more kids of her own? When "Extra" asked Katie about expanding her brood, the actress only laughed.

The "Don't Be Afraid of the Dark" star also chatted about watching hubby Tom Cruise perform stunts on the Boston set of his flick "Wichita." "It was exciting... I mean, it was a little scary," Holmes admitted, "but I also know he's so strong... and he's doing that for that effect... so I'm like, 'Oh my god... okay.'"