Country music's sweetheart Taylor Swift lived it up in Las Vegas this weekend.

The 19-year-old wore a red-hot French Connection dress while dining at the Bellagio's famed Japanese restaurant, Yellowtail, where Swift joined her mom, a few bandmates and pals. They enjoyed specialty dishes including tuna pizza and Kobe beef tataki. Taylor even wrote about the food on Twitter! "The best meal of my life," she tweeted. 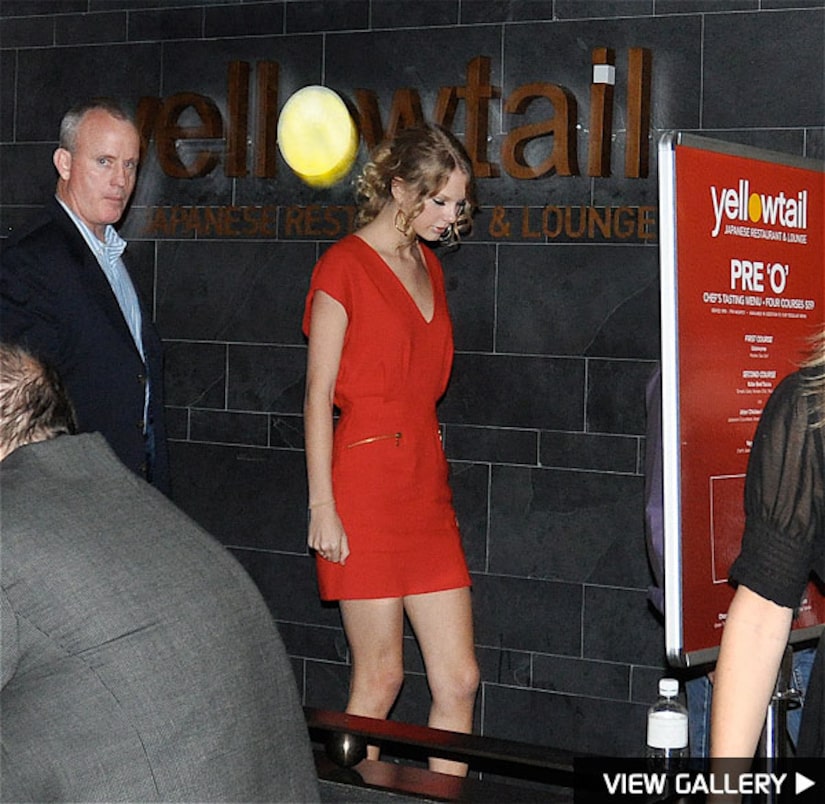 Miss Swift performed a three-song set on Saturday night at the Justin Timberlake and Friends mega-concert at the Mandalay Bay Events Center. The blonde cutie sparkled on stage while supporting Shriners Hospitals for Children and gave Timberlake a big hug, thanking him, and announced on stage, "I love you!"