The versatile Eva Mendes brings the A-list to the hit list! 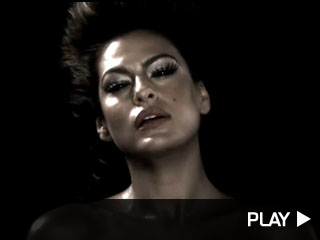 Mendes took time out of her busy schedule to shoot the video. Her latest film, "Bad Lieutenant: Port of Call New Orleans," puts her back on the big screen with "Ghost Rider" co-star Nicolas Cage. "Bad Lieutenant" shoots into theaters November 20.