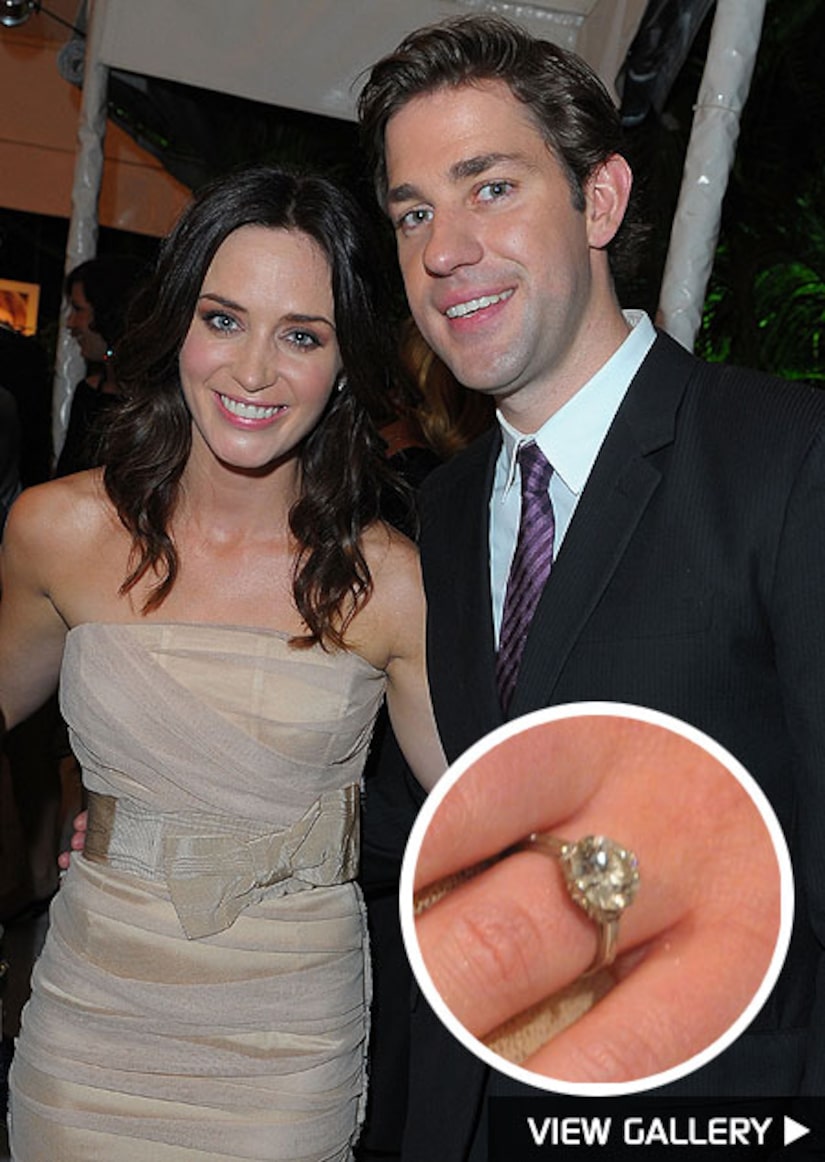 "It's a little blinding," Emily joked to "Extra" at Elle magazine's Women in Hollywood Tribute in Beverly Hills. The starlet also cleared up rumors about the couple's hush-hush engagement -- including the false rumor that everyone cried when the "Office" star popped the question. "That's the thing... you make a joke... and it turns into the truth," Emily explained, refusing to divulge details of the intimate moment. "I can't tell you... because that's for me to know."

Blunt has proven her versatility with roles in "The Devil Wears Prada" and "Sunshine Cleaning," but the actress confesses her next role may be determined by the weight of the character! "I would like to play a role where I get to put on a lot of weight -- I would like to eat Carbonara for three months straight," Blunt joked, adding that her future husband would "have to suck it up... he'll have to deal with it."