Performer Donny Osmond cranked up the sex appeal on "Dancing with the Stars" last night, and his "transformation" impressed the judges, earning Donny the best score of the night. 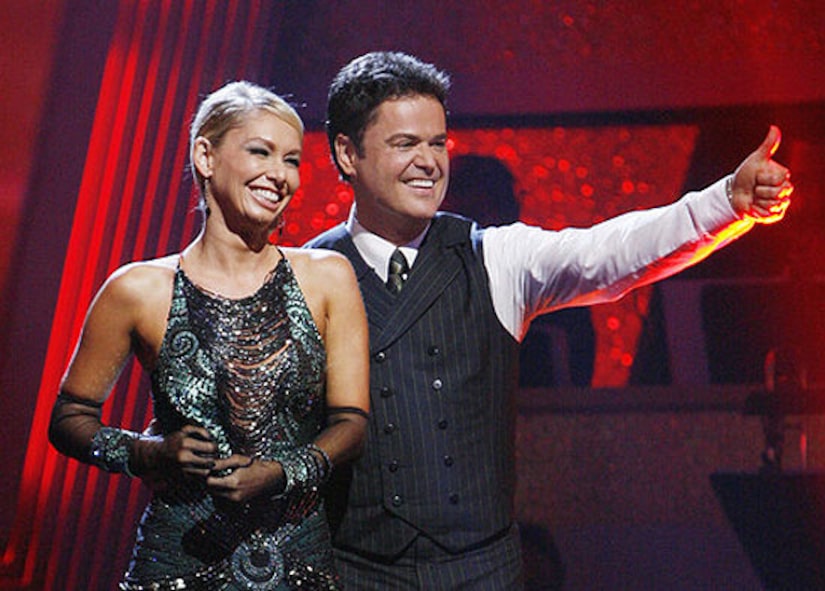 Osmond and professional partner Kym Johnson performed a smoldering version of the tango, exuding some edginess for the first time in the competition. Carrie Ann Inaba told the dancers, "This is transformation; this is what this show is about," adding that Donny's sex appeal earned him a slew of female fans. Len Goodman added, "It was truly your best dance."

Mya and Dmitry Chaplin, consistent throughout the competition, also fared well with the tango. The judges praised the couple for their intricate moves, but Carrie Ann said she would like to have seen more "character." The couple earned 9s across the board, for a total of 27.

Michael Irvin worked hard in rehearsals with partner Anna Demidova, and it paid off. The NFL star struggled with the paso doble, but kept Anna's pointers in mind during the dance, prompting enthusiasm and encouragement from the judges. The couple earned the week's lowest score, 21, but positive reinforcement from the judges could save them from elimination.

Who will be the next dancer to go? Find out tonight when "Dancing with the Stars" airs on ABC.