Cyberspace is abuzz with rumors that "True Blood" hottie Alexander Skarsgard has cozied up with Kate Bosworth! The vampire and the actress were spotted leaving the 2009 Scream Awards together -- after Alex kissed Kate when she presented him with the Best Villain award! 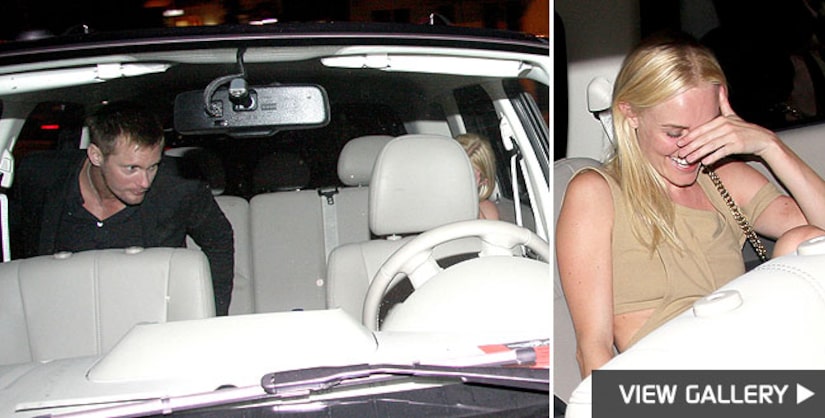 Tell "Extra" -- Do you like Skarsgard and Bosworth together?

Skarsgard and Bosworth are teaming up for the new thriller "Straw Dogs."