Where's the only place you'd find yourself surrounded by ghouls, ghosts, zombies and Keith Richards? Spike TV's 2009 Scream Awards. The blood-splattered, star-studded showcase of the best in sci-fi, fantasy, horror and comics showed that awards shows can still be fun. 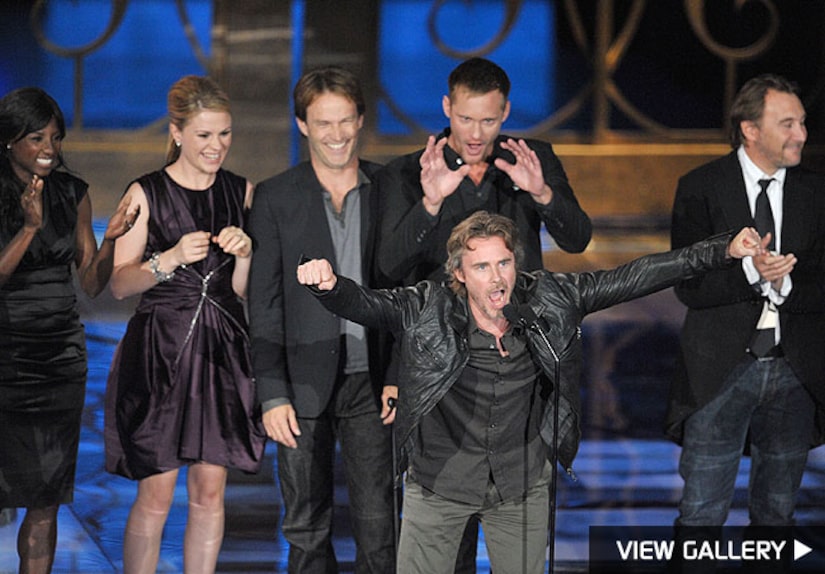 Winners for such categories as "Best Villain," "Most Memorable Mutilation" and "The Ultimate Scream" were chosen by fans in an online vote. It was easy to see that films like "Twilight," "Star Trek" and TV shows like "True Blood" would be favorites among the nominees.

The overall vibe of the show allowed the stars to have a lot of fun. Spike-shaped trophies were presented to winners by the likes of Harrison Ford, Tobey Maguire, Justin Long, Taylor Lautner and Christina Ricci -- among many others.

One of the most notable moments was when Megan Fox addressed rumors of the ongoing war of words between her and Michael Bay concerning her thoughts on "Transformers," the franchise that made her a star... you'll have to tune in to see it!