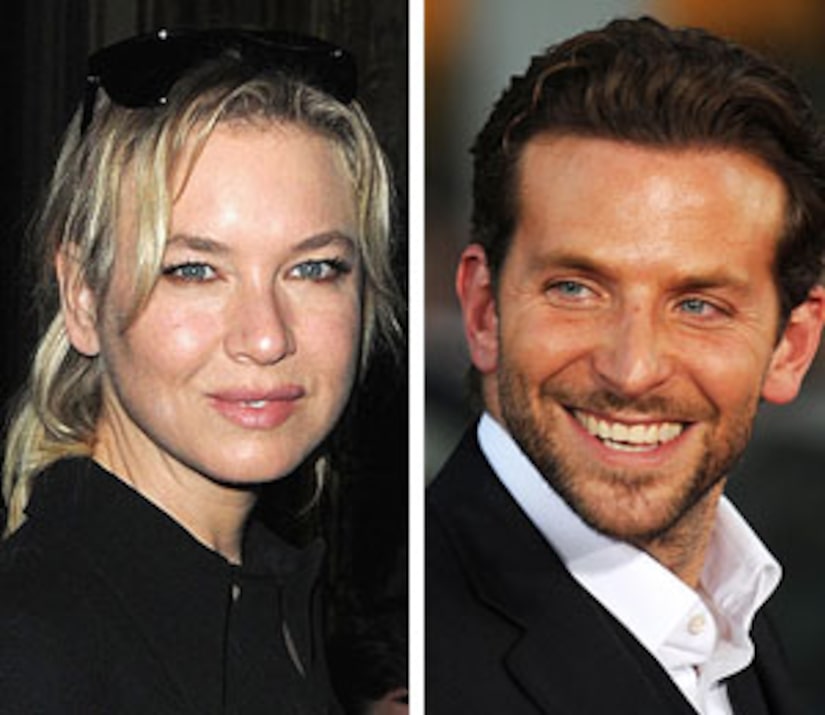 After spending time apart, Renée Zellweger and Bradley Cooper hooked up last week for a romantic rendezvous in Vancouver, where Bradley is shooting "The A-Team."

According to People magazine, the actress flew in Wednesday night to spend time with her beau. On Thursday, the couple and some friends had a late dinner at Vancouver hotspot Market. "Whenever they were speaking, they had their hands on each other's knees underneath the table, and they were holding each other's hands underneath the table," fellow diner DJ Leanne revealed to the magazine. "They were very cute. They really looked like a couple, and that they were 'together.'"

The "My One and Only" star, 40, and Cooper, 34, sat in the back of the restaurant with their party, trying to be low-key. "Renée was very happy," the DJ dishes. "She was laughing, smiling. They were very cute. They were definitely having a good time and seemed happy."

Zellweger and Cooper were first spotted together earlier this summer.