It's a fashion faceoff! Miley Cyrus and Kim Cattrall were snapped filming a scene for the "Sex and the City" sequel -- and the stars were wearing the same dress! 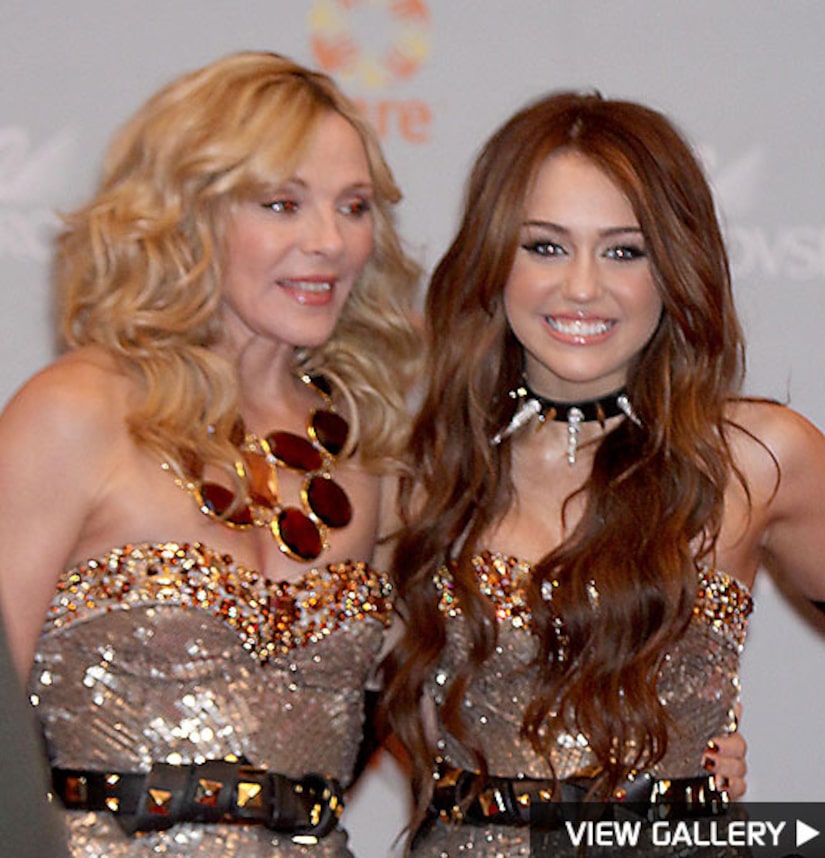 In the scene, the two stars attend the premiere of Smith Jerrod's (Jason Lewis) new movie at the famed Ziegfeld Theater in NYC. A poster on the set reveals the name of the movie will be called "Heart of the Desert."

Sarah Jessica Parker, Chris North and Mario Cantone were also at the shoot.