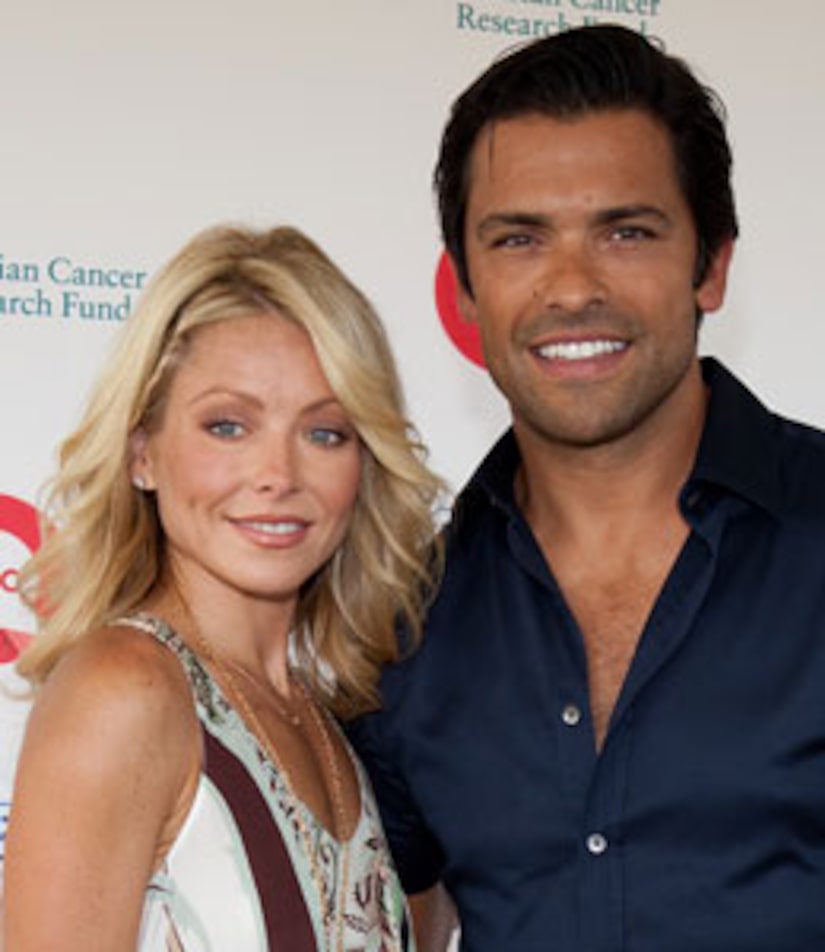 Talk show co-host Kelly Ripa and husband Mark Consuelos will return to the Emmy-winning ABC daytime soap "All My Children" for the show's 40th Anniversary episode!

Ripa and Consuelos met on the set of "All My Children" in 1995, playing Hayley Vaughan and Mateo Santos. They married the following year. Their appearance marks the show's 40th anniversary on Jan. 5, 2010. It will be the first time they've appeared on "AMC" since leaving the show in 2002.

Ripa first joined the cast in 1990, originating the role of Hayley. In 1995, Consuelos made his debut in the role of Mateo. The characters quickly became one of daytime television's most popular supercouples as their on-screen romance carried into real life. They now have three children; Michael, 12, Lola, 8, and Joaquin, 6.

Production for "All My Children" makes its cost-cutting move from Manhattan to a new home in Los Angeles -- December 11 will be the final day of taping in NYC. The L.A. facility is twice the size of the show's New York home -- with two sound stages and HD capability.

The Ripa and Consuelos episodes will air Jan. 4 and 5 on ABC.