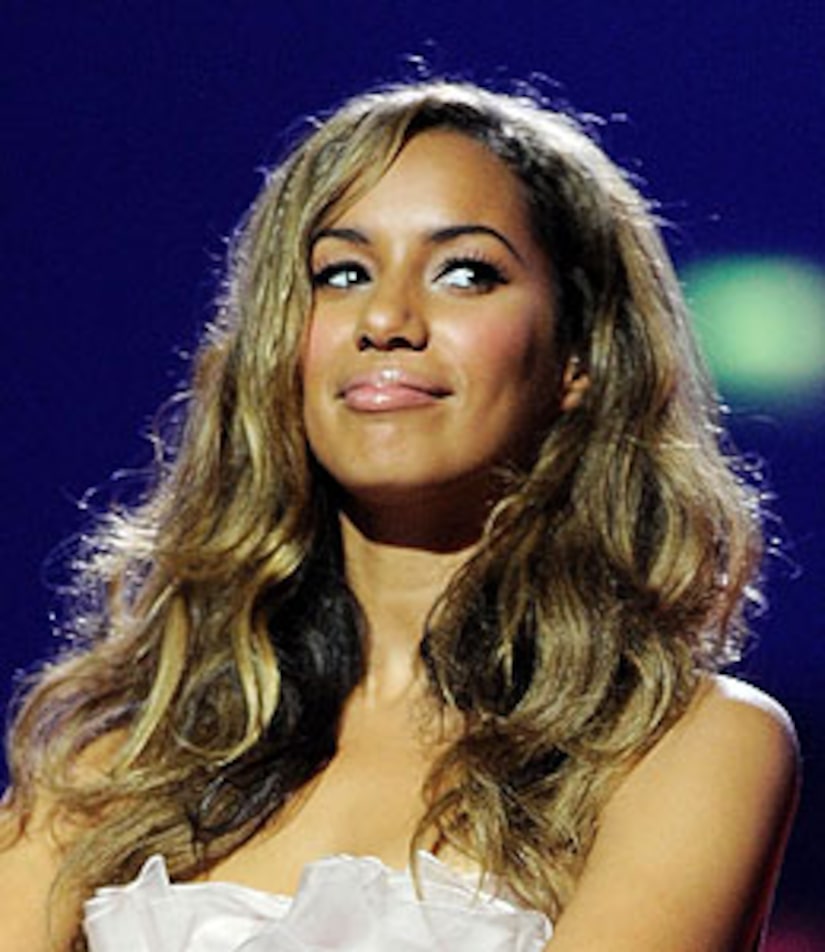 Auf wiedersehen Germany -- Leona Lewis has pulled out of a scheduled appearance, still "badly shaken" after being punched yesterday at an in-store appearance in London.

"Leona was due to go to Germany today for promo but that has now been cancelled," the "Bleeding Love" singer's rep tells AP. "Leona is obviously shocked after yesterday but is OK."

The 24-year-old was signing copies of her autobiography in London yesterday when an "a guy came up and punched her to the side of the head," her rep told the press. The man was arrested after the attack.

Leona's rep added that the singer is still "badly shaken," but will be fine.

On Thursday, Lewis wrote on her web site, "Thank you so much for your support it is truly overwhelming. Yesterday was a horrible shock and left me extremely hurt and upset. I'm very sorry to those I wasn't able to meet at the signing. Thank you again for all of the lovely messages."