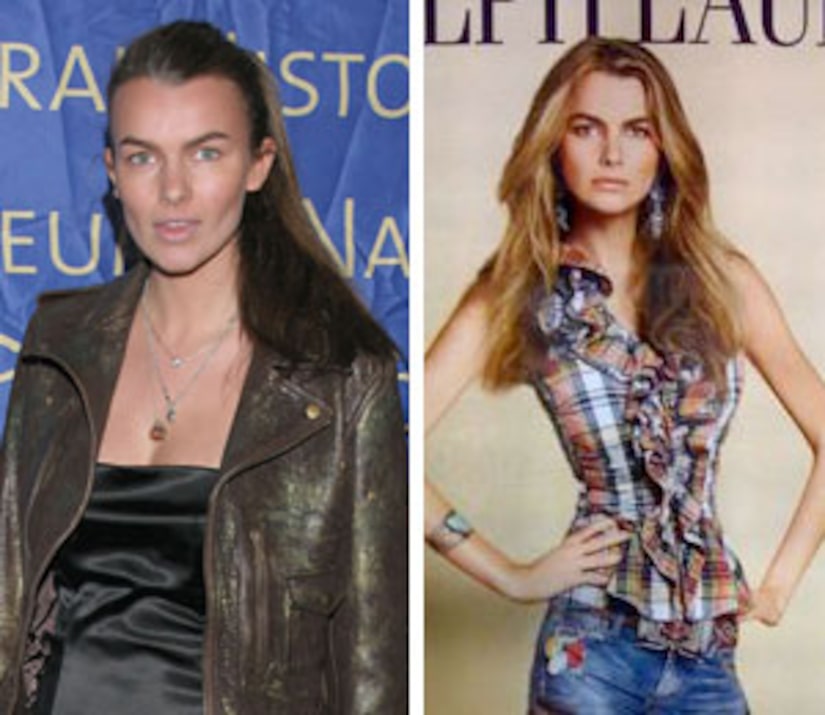 The model featured in the digitally-altered Ralph Lauren ad has been fired -- she says for being too heavy!

Filippa Hamilton appeared to be incredibly thin in the ad, but says she was fired because she was too big.

"They fired me because they said I was overweight and I couldn't fit in their clothes anymore," Hamilton tells the Daily News. "I was shocked to see that super skinny girl with my face."

Hamilton, 23, is only 120 lbs. and has worked for Ralph Lauren since 2002. "I think they owe American women an apology, a big apology," the model said. "I'm very proud of what I look like, and I think a role model should look healthy."

Filippa has reportedly lawyered up. "Extra" wants to know -- Do you think she should sue?