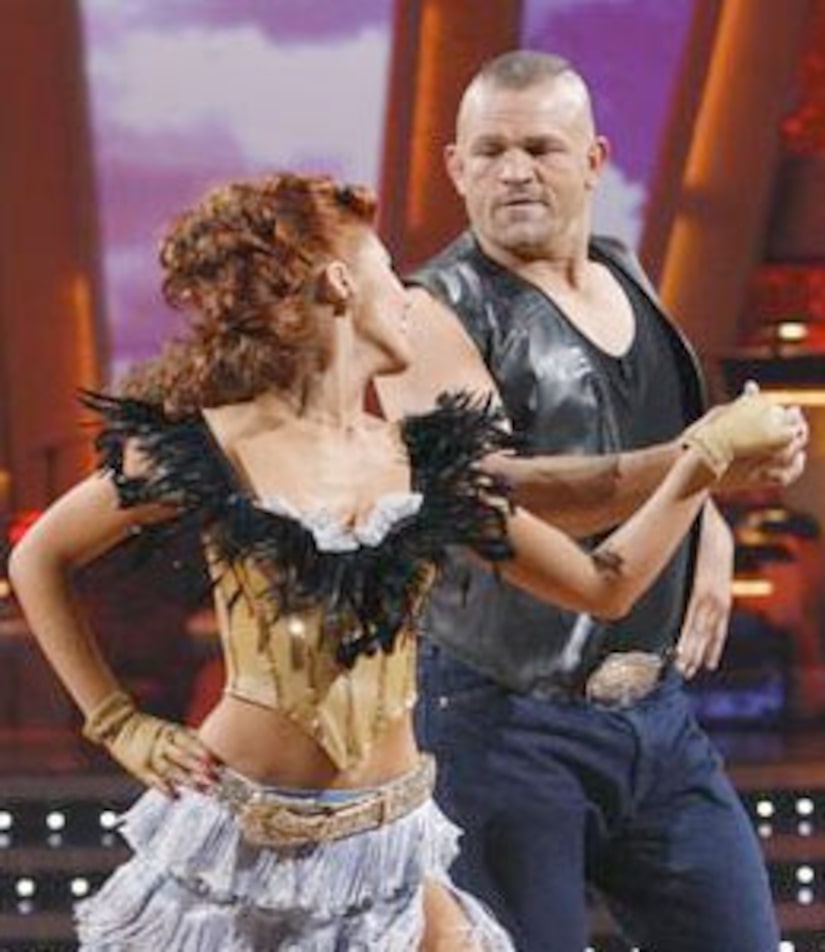 Ultimate Fighting champ Chuck Liddell is the latest celeb to be eliminated from "Dancing with the Stars."

"It's hard to do," he said. "I made a shot at it." Liddell and professional partner Anna Trebunskaya entertained with their Country Two-Step on Monday's show, but the couple earned just 17 points out of 30 for the performance.

The two never scored higher than a 19, but Trebunskaya said Liddell made her proud each week. "You are my bear and you are my hippo," she praised. "I loved working with you."

Shakira also appeared on Tuesday's show to perform "Hips Don't Lie" and her new single, "Did It Again."