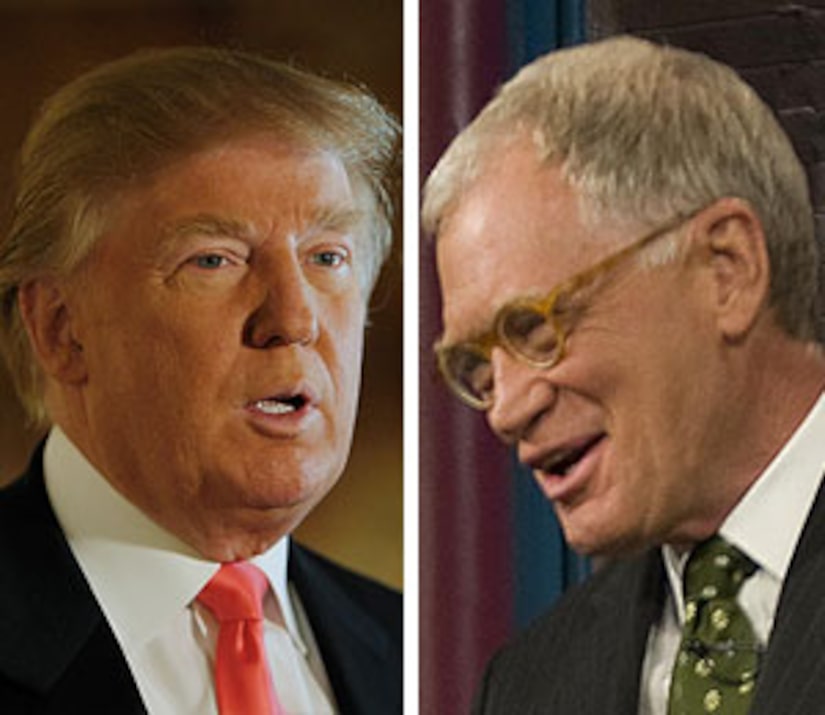 The Donald tells "Extra" that he respects David Letterman's handling of the attempted extortion plot against him.

"David is a great guy," says Trump. "He's been a friend. I think what he did was very smart and I think time will prove that right." When asked if he'd fire Letterman if he could, Trump replied, "I would never fire David Letterman. He's a great guy -- he's a great talent. David Letterman will never be fired by me or anyone else."

Donald said he feels the estranged couple isn't thinking of their eight little ones as they hash it out in court. "It's not a good situation and certainly the biggest loser is going to be the children."