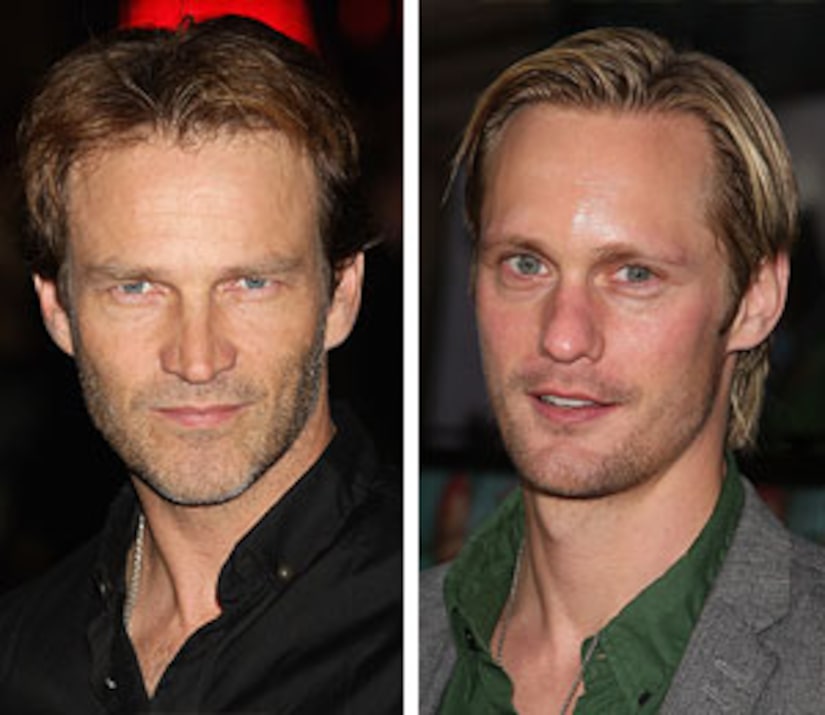 "True Blood's" Stephen Moyer may lock horns with fellow vampire Alexander Skarsgard on the HBO series -- but Moyer is hoping for a same-sex romp between the bloodsuckers on the show.

"Alex is a good friend of mine and a fantastic actor and I love working with Alex and I don't get to do it as much as I would love to," Moyer revealed to Digital Spy, adding jokingly, "You never know -- whether they'll stick Eric and Bill in bed together, I don't know. But here's hoping!"

Moyer's Bill Compton is currently entangled in a love triangle with Skarsgard's Eric Northman and Anna Paquin's Sookie -- and approves of it. "One thing about great drama is that you can't watch two characters be happy for... well, sometimes half a season is too much. I think there has to be obstacles put in their way. I think the Bill and Eric characters are great."

Moyer, 39, and Paquin, 27, announced their for real engagement this summer.