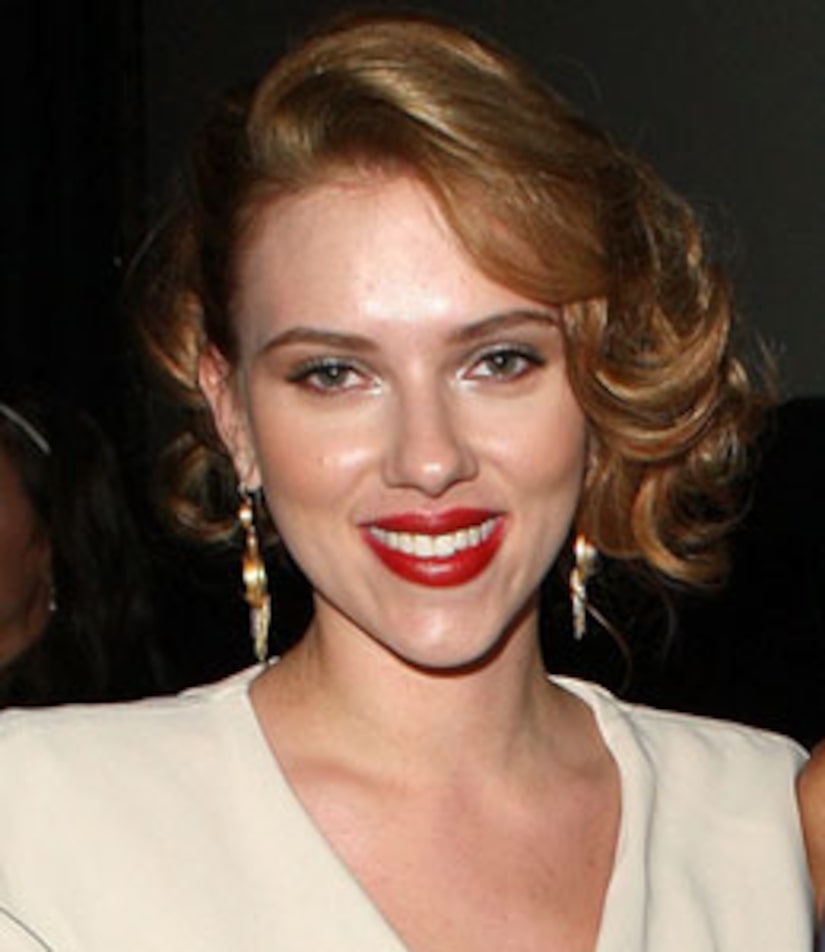 Life is good for Scarlett Johansson! The gorgeous actress just celebrated her first anniversary with hubby Ryan Reynolds, she's released a new album, and she's starring in one of the most anticipated flicks of 2010 -- "Iron Man 2."

"Hopefully, I won't be crucified for saying this, but I think the second one is even better," ScarJo joked. Johansson slipped into a sexy, skintight catsuit to play the role of anti-heroine Black Widow opposite Robert Downey Jr.

Johansson teamed with musician Pete Yorn for the album "Break Up." She tells "Extra," "I'm really passionate about this record. The duo performed on "Ellen" on Monday. "Music always puts a smile on my face," says the star, "I always loved to sing since I was a little girl."

But Johansson, 24, says she doesn't plan on leaving the big screen for a music career. "I fortunately don't think that I'll have to make that decision. I love making movies. It's all I've ever known. It's what I'm most passionate about." Then, she mused, "If I had to choose, I'd just open a bakery."