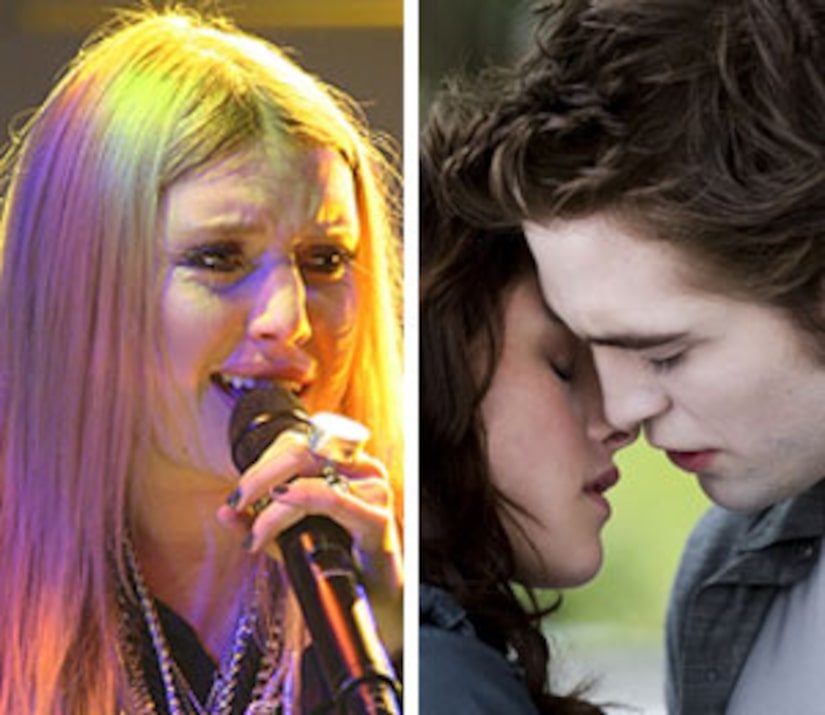 Swedish singing sensation Lykke Li agreed to pen a song for the hotly anticipated "New Moon" soundtrack -- but only because she felt she "connected with Bella and Edward's tortured love story."

Li, 23, was undecided when she was approached about working on the soundtrack because she had yet to read the vampire novels or see the first film. "Everyone kept asking me if I wanted to do it... and I was like, 'Eh, I don't know, maybe I'll do it, maybe I won't,'" she told MTV, laughing. "I mean, I had heard of the 'Twilight' phenomenon, but I didn't read the books or watch the first movie or anything. I mean, I'm Swedish."

The "Little Bit" singer's attitude changed when she saw the unfinished version of "New Moon" and was hooked. "I watched the movie when it only had green screen on it. I had this hook in my mind, even before I saw the movie, and then I was watching it, and I was like, 'That's the hook!' So it was very much like a discovery, inside myself and musically. I had this song growing inside of me that I had to get out, and the film was the trigger. Because I really connected with Bella and Edward's tortured love story."

After seeing the footage, Li wrote "Possibility" for the soundtrack. "It's really quite serious," she says of the song. "It's almost like a fever haze. It's very repetitive, like a mood you go into. But it's really serious, because, if you're really, really in love, and somebody leaves you, that's a very serious thing."

Lykke then jumped at the opportunity to tie-in her tune with Robert Pattinson's leading man status, and teens who fall head over heels for the vampire. "I know Robert Pattinson is this big teen idol, but I remember watching 'Romeo & Juliet' with Leonardo DiCaprio, and I was, like, in love. I cried, like, five times. And the soundtrack to that movie is so good, you know? Really well-chosen songs -- not commercial. I think it's great, and hopefully we can do that again."