The score in the Gosselin divorce now reads Kate: 1, Jon: 0. 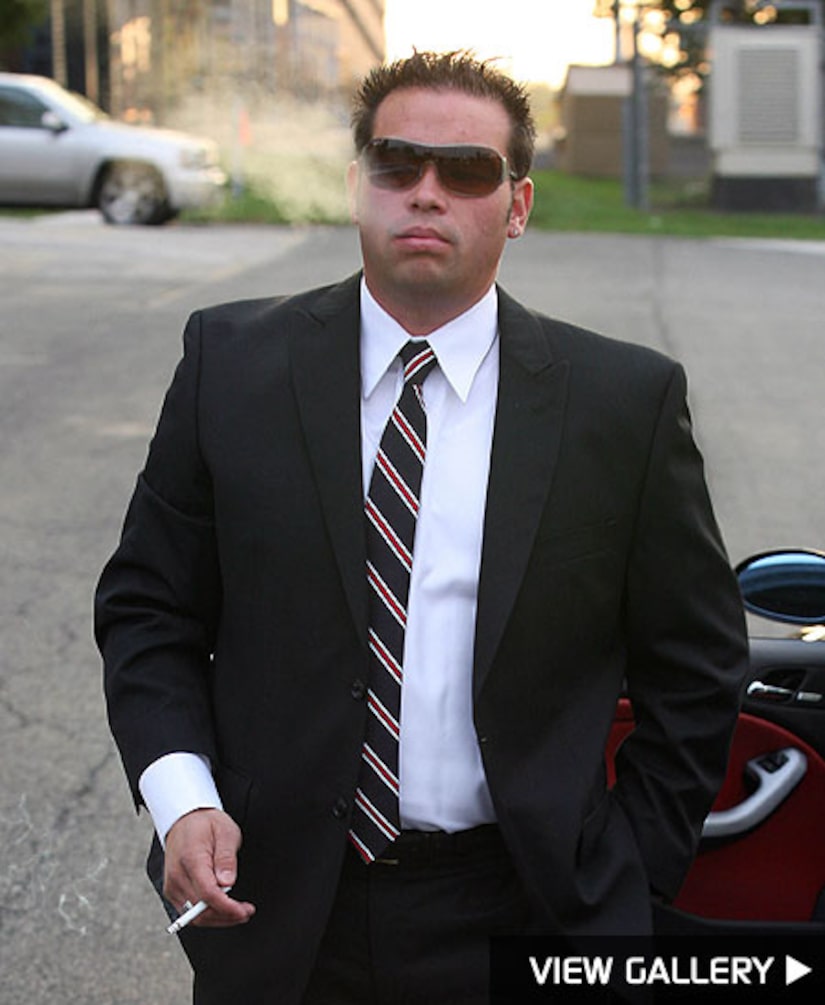 A Pennsylvania judge has ordered reality dad Jon Gosselin to return $180,000 of the reported $230,000 he took from a joint bank account with estranged wife Kate.

Kate's lawyer, Mark Momjian, said in a statement that the rest of the money is currently up in the air. "The remaining sum of $55,000, which Ms. Gosselin used for household bills and expenses relating to the children, will be subject to further determination by the arbitrator at a later date."

In the same statement, Kate added, "As difficult as this has been for me, I am pleased that the Court has ruled fairly on behalf of myself and my children. Now that this matter has been ruled on, I look forward to returning to private arbitration, as we have agreed to do, to resolve any remaining issues."

Mr. Gosselin has been ordered by the court to fork over the cash before October 26, or face contempt of court charges.