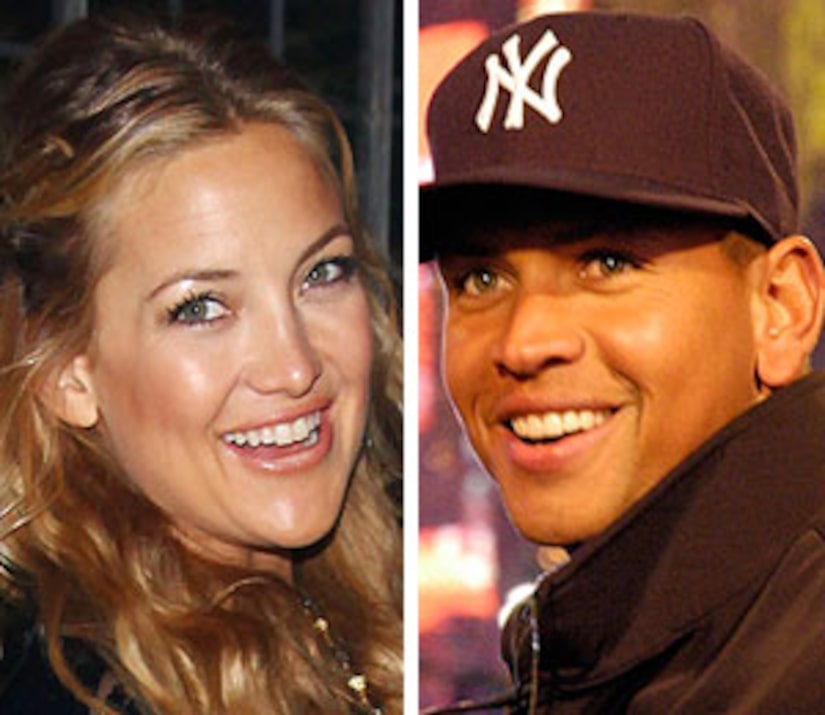 Alex Rodriguez has been unstoppable on the baseball diamond this season -- and Yankee fans are thanking his golden girlfriend, Kate Hudson, for turning the team's luck around.

The slugger and the "Bride Wars" beauty became an item during the regular baseball season -- and Kate, 30, was soon a fixture at Yankee Stadium to cheer-on her man. On Friday night, A-Rod slammed a home run, pulling in two runs for the Bronx bombers and tying the game. The Yankees finally won 4-3, giving them a 2-0 lead in the best-of-five series against the Minnesota Twins.

Alex's performance on the field has changed considerably since he began dating the actress. Last year, the baseball star fell into a slump as his marriage fell apart and he was rumored to be dating Material Girl Madonna.