The friendship between Taylor Swift and Taylor Lautner may be blossoming into a real-life romance -- the "Twilight" star was spotted sitting front and center at the country cutie's Chicago concert over the weekend.

After the performance, T-Swift was spotted pulling the werewolf into an embrace as the crowd cheered them on.

Swift, 19, and Lautner, 17, sparked love buzz after pictures of the two kissing -- and loving it -- on the set of "Valentine's Day" surfaced online in July. 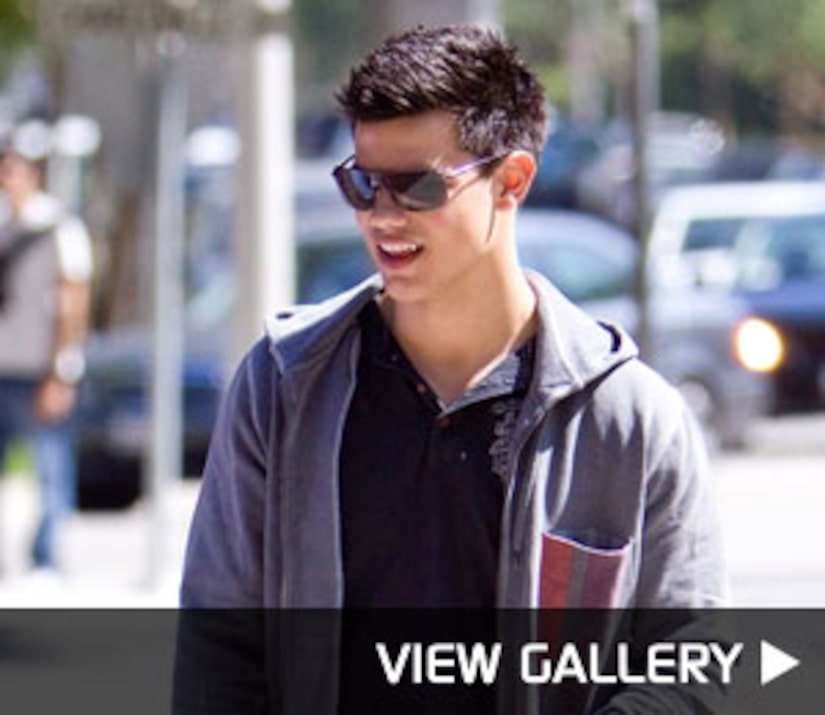