One of her sisters is pregnant and the other just tied the knot -- Kim Kardashian tells "Extra" she's happy to let her sisters be in the spotlight. 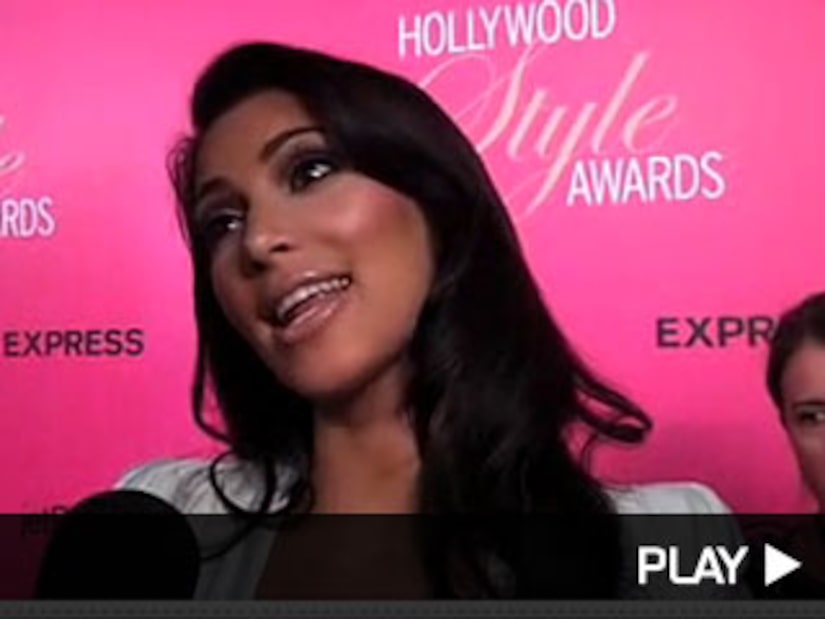 The 29-year-old is happy to be back with boyfriend/New Orleans Saints player Reggie Bush. Kim confesses the couple spent the entire week together before Reggie went back to the Big Easy on Sunday.

With her beau back in New Orleans, Kim was forced to walk solo for the Hollywood Style Awards red carpet. The reality TV vixen presented the Style Original award to Kelly Osbourne, and won the Style Siren award herself. "You have to step it up when you are getting a style award," Kim reveals, and says she's currently been going for the Old Hollywood glam look.