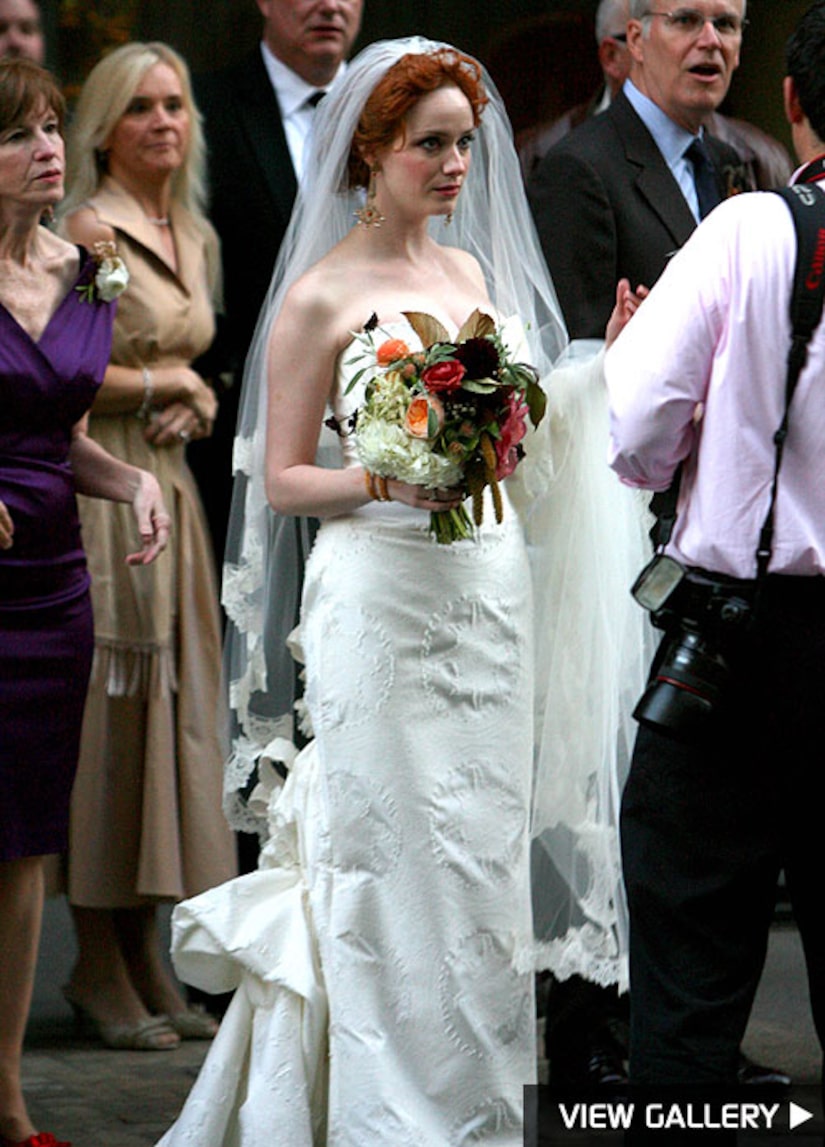 Hendricks, 34, donned a stunning Carolina Herrera gown for her trip down the aisle -- and told People magazine that she knew the dress was "the one" when she first laid eyes on it. "It was the first dress I tried on, and it was magnificent."

The actress and Arend, 31, were engaged earlier this year after Christina's "Mad Men" co-star Vincent Kartheiser played matchmaker by introducing the two.