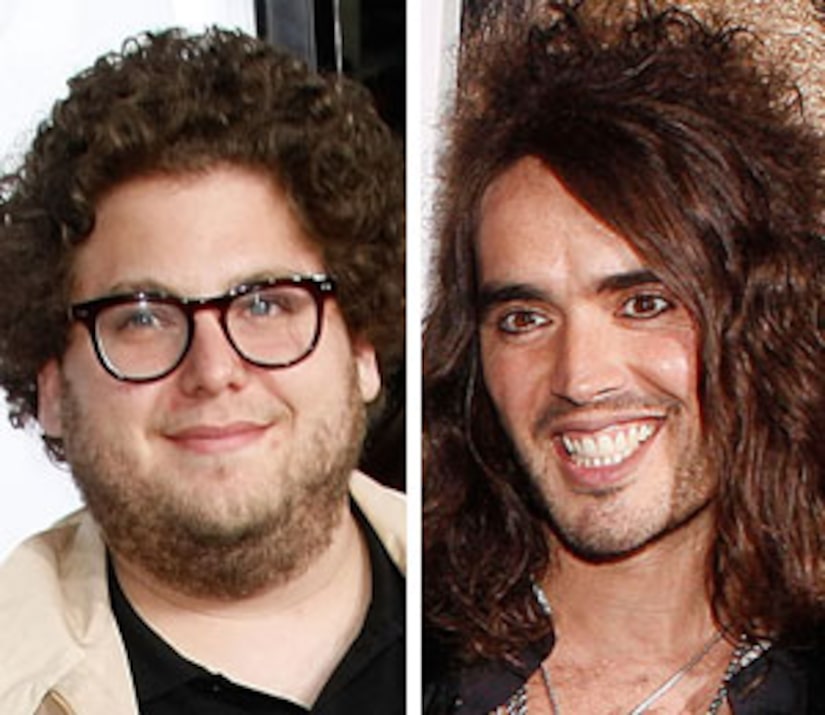 A lucky "Extra" friend won a walk on role in the upcoming comedy "Get Him to the Greek" starring Jonah Hill and Russell Brand, but who else makes an appearance in the flick?

The film is a sequel to "Forgetting Sarah Marshall" and focuses on the self-obsessed rock star Aldous Snow, played by Brand.

"Get Him to the Greek" rocks theaters Summer 2010.