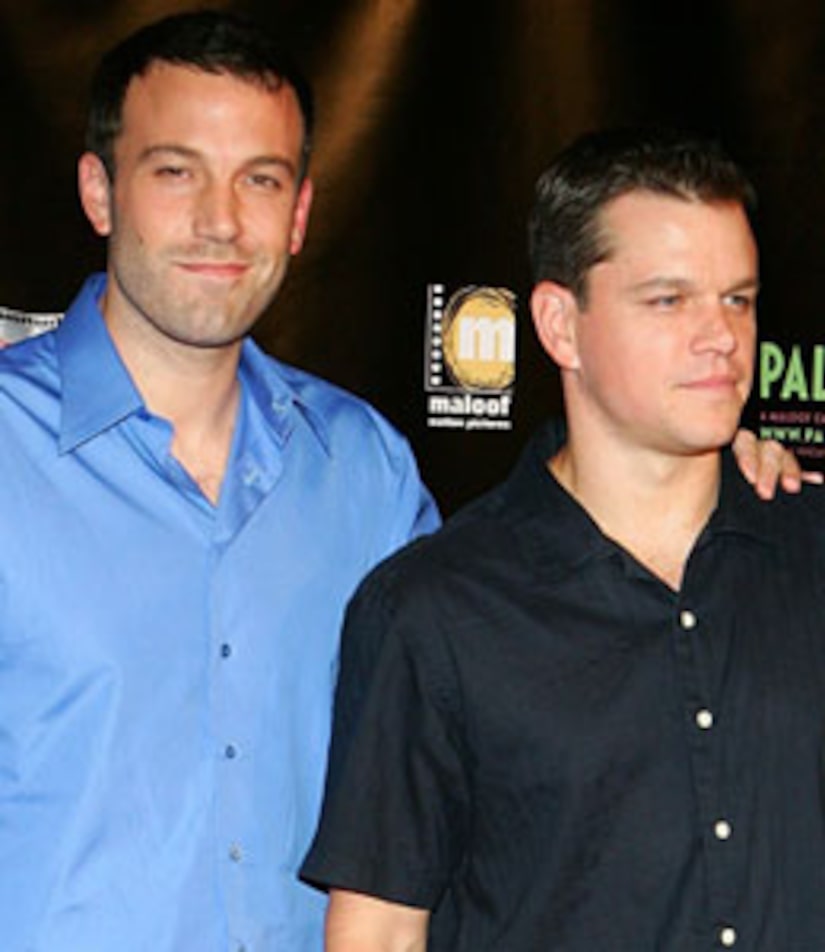 Actors Ben Affleck and Matt Damon are friends... and family!

According to the New England Genealogical Society, the stars are 10th cousins, once removed.

Researchers found evidence that Damon and Affleck both descend from William Knowlton Jr., a bricklayer who came to the states from England in the 1630s and settled in Ipswich, Mass.

Affleck and Damon grew up together outside of Boston. The duo took Hollywood by storm with the 1997 film "Good Will Hunting" and nabbed the Oscar for Best Original Screenplay.