Funny vs. fashion -- it's an internet brawl of super skinny proportions! BoingBoing.net and Ralph Lauren are bickering over an ad featuring a model who appears to have been photoshopped to look incredibly thin.

Rail-thin bodies in the media have been under fire for portraying unhealthy role models and contributing to the development of eating disorders.

A post on Boing Boing slams the Lauren ad because the model's unnaturally thin figure isn't even in proportion to her head. The site posted the ad with model Filippa Hamilton and the caption, "Dude, her head's bigger than her pelvis." 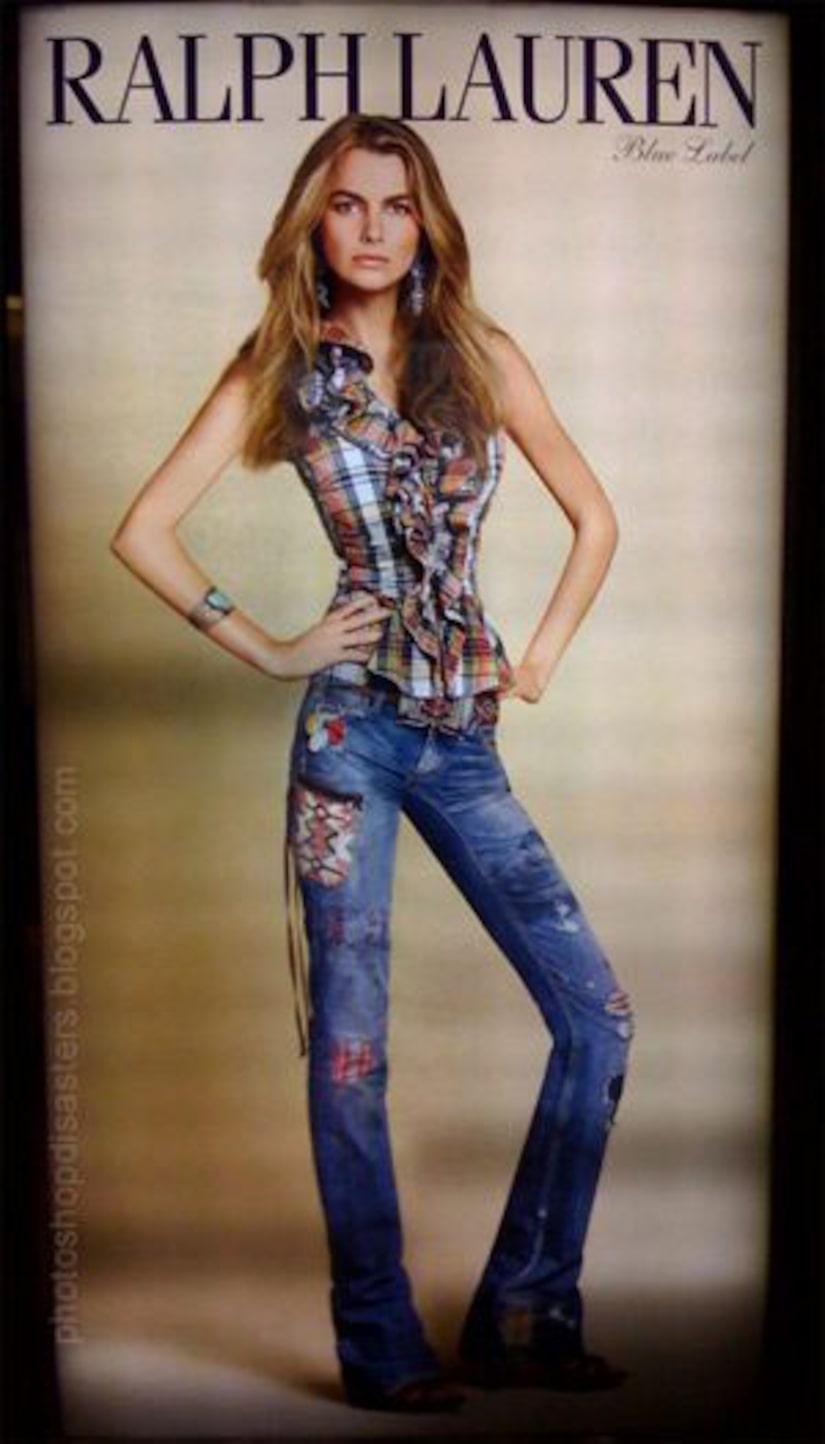 Ralph Lauren responded by accusing the website of copyright infringement for publishing the ad. Boing Boing claims this is "classic fair use: a reproduction 'for purposes such as criticism, comment, news reporting.'"

On Thursday, Polo Ralph Lauren released the following statement about the retouched ad: "For over 42 years we have built a brand based on quality and integrity. After further investigation, we have learned that we are responsible for the poor imaging and retouching that resulted in a very distorted image of a woman's body. We have addressed the problem and going forward will take every precaution to ensure that the caliber of our artwork represents our brand appropriately."

Underweight models were banned from the fashion week catwalk in Madrid back in 2006. More recently, Miss Universe Australia was criticized for her skeletal frame during the competition.

"Extra" wants to know: Does this distort your image of beauty?