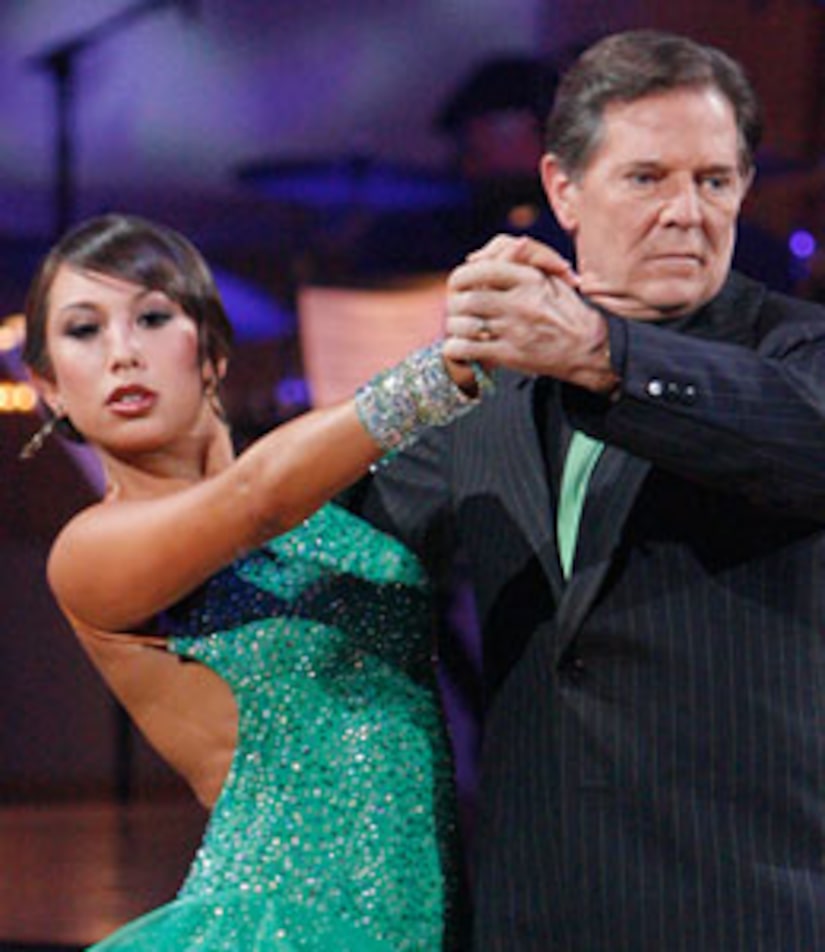 Rumors are swirling that former Republican House Majority Leader Tom DeLay will leave "Dancing with the Stars" on Tuesday night because of an injury!

People.com reports DeLay, 62, will withdraw from the competition tonight due to stress fractures in both of his feet. Ouch!

"They're starting to tell me I shouldn't have done this," DeLay told the magazine after Monday night's performance show. He said he's been icing his feet and even uses a bone stimulator machine.

The former politician and pro partner Cheryl Burke scored a weak 15 on Monday with their samba.

"Extra" wants to know -- Are you sad to see Tom DeLay go?