"Dancing with the Stars" spiced it up this week with Latin dances, and Mya's sexy rumba persuaded the judging panel to award her the first 10s of the season! 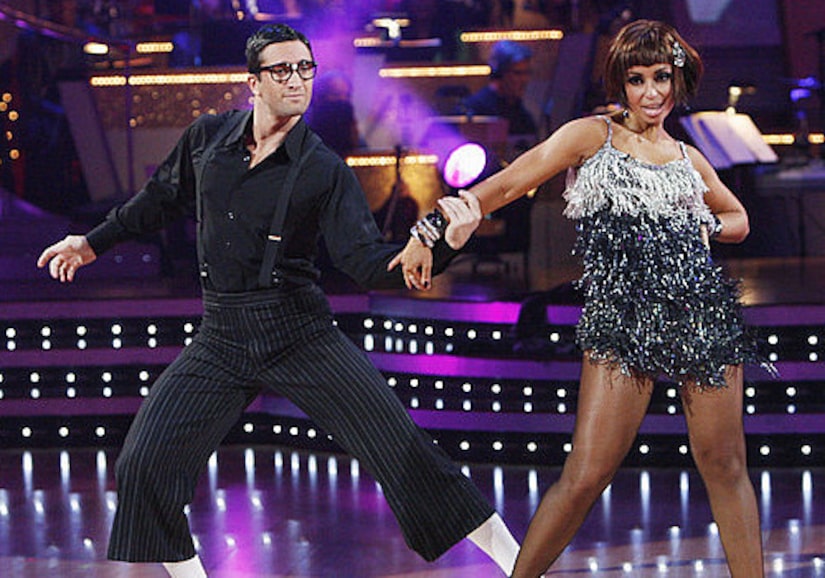 The singer, who is paired with pro Dmitry Chaplin, has been a front-runner for the past two weeks. After the duo danced the rumba, Carrie Ann Inaba said, "I had chills the whole time," and gave the couple a 10. Judge Bruno Tonioli agreed, saying, "You put all of America in the mood for love... fabulous," and presented the couple with their second 10. Len gave them a score of 7, criticizing Chaplin for his over-complicated choreography.

Kelly Osbourne rebounded on the dance floor. The former reality TV star was a hit the first week, but hit a rough patch under pressure with last week's tango. This week, Osbourne completed a successful samba, and was encouraged by the judges to relax, because her nerves were getting in the way of her dancing. Len, who gave Kelly a 6, said, "Your problem is confidence... I'm convinced you're a good dancer, you've just got to convince yourself."

Tom DeLay and Michael Irvin both faced difficulties with the sizzling dances. DeLay continues to be plagued by his foot problems, while Irvin took home the lowest score of 14 for his dances. The NFL star seemed irked when the panel criticized him for, as Carrie Ann put it, "dancing too small."

Donny Osmond danced the rumba and received mediocre scores, but high marks for his clowning with Bruno.

Who will be the next dancer sent home? Find out when "Dancing with the Stars" airs tonight on ABC.