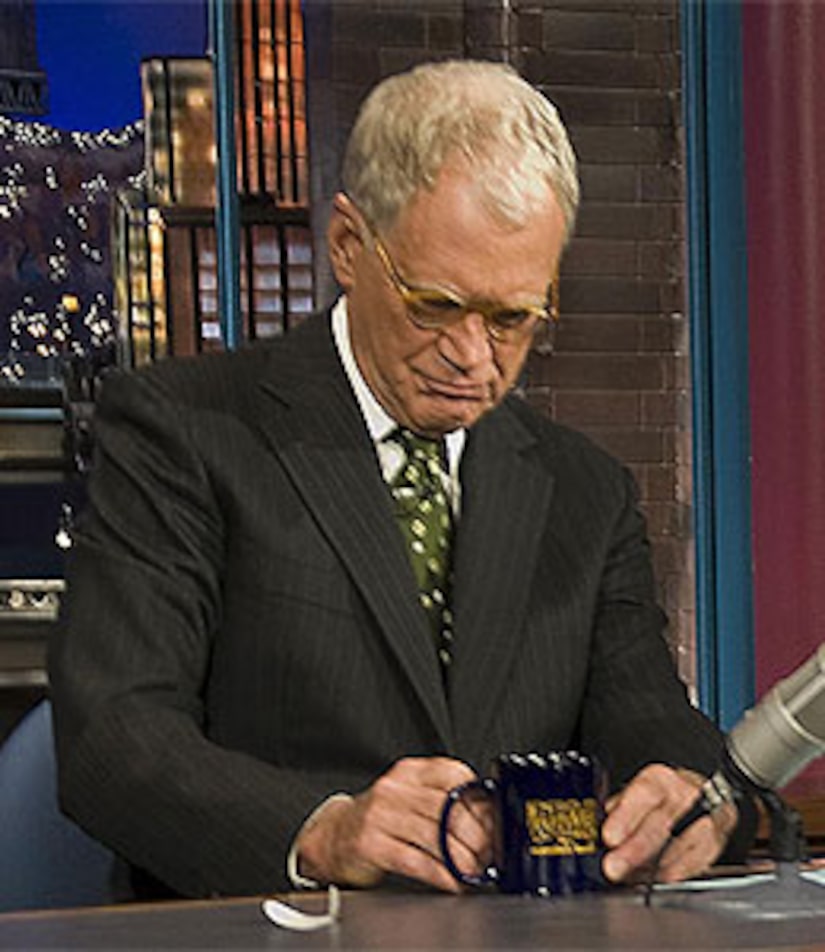 In his first live taping since admitting to "Late Show" affairs, David Letterman took the initiative to apologize to his staff and his wife, Regina.

"I'm terribly sorry that I put the staff in that position," Dave says to the audience during the "Late Show" taping today. "Inadvertently, I just wasn't thinking ahead -- and, moreover, the staff here has been wonderfully supportive to me, not just through this furor, but through all the years that we've been on television and especially all the years here at CBS, so, again, my thanks to the staff for, once again, putting up with something stupid I've gotten myself involved in."

Dave then switched gears to apologize to his wife Regina, who he admits has been "horribly hurt" by Letterman's actions. "Now the other thing is my wife, Regina. She has been horribly hurt by my behavior, and when something happens like that, if you hurt a person and it's your responsibility, you try to fix it. And at that point, there's only two things that can happen: either you're going to make some progress and get it fixed, or you're going to fall short and perhaps not get it fixed, so let me tell you folks, I got my work cut out for me."