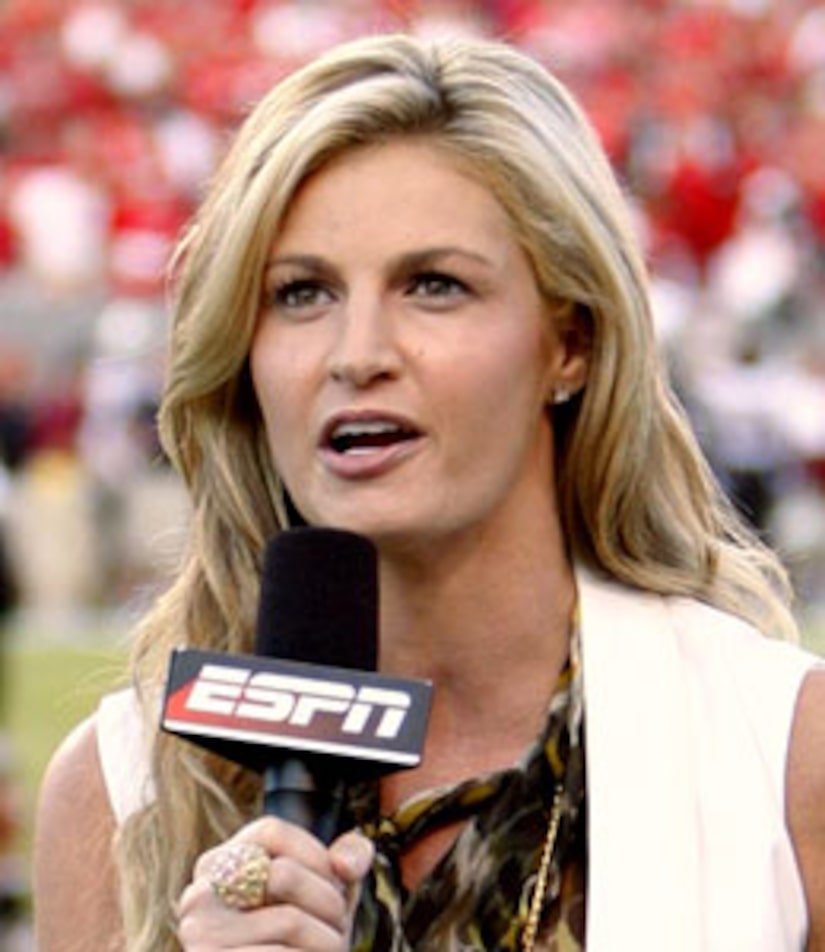 An Illinois man was arrested Friday night on federal charges of stalking ESPN reporter Erin Andrews. The man allegedly filmed and posted nude videos of Andrews on the Internet.

Michael Barrett was taken into custody at Chicago O'Hare Airport after being named in a criminal complaint filed late Friday afternoon in U.S. District Court. The complaint charges Barrett, 48, with interstate stalking, specifically "with the intent to harass, to place under surveillance with intent to harass and intimidate, and to cause substantial emotional distress to a person in another state."

The complaint also says Andrews was so upset when the nude tapes began to circulate, she was "having trouble breathing and felt sick all of the time." The complaint adds, "She was concerned there might be more video and wanted to vomit just thinking about it."

The FBI says Barrett attempted to sell the videos of Andrews to TMZ.com in January 2009. An individual at TMZ.com later provided information to an attorney representing Andrews.