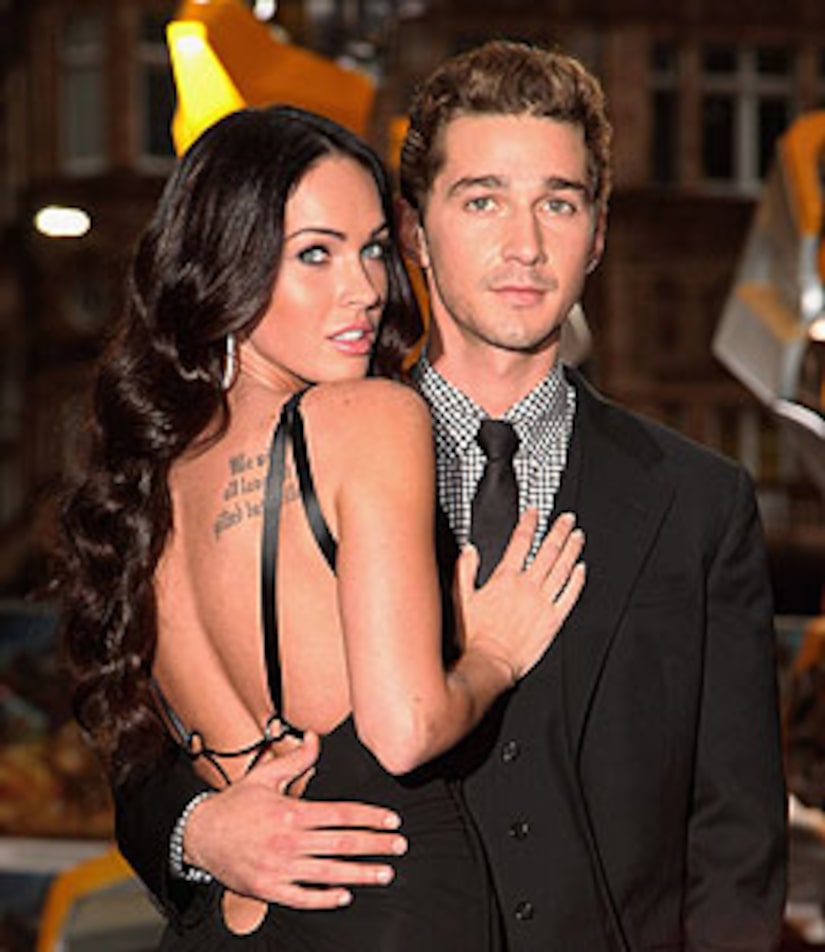 Shia LaBeouf and Megan Fox will once again battle giant robots when the third film in the "Transformers" franchise blasts into theatres in 2011.

The film's director, Michael Bay, announced the movie news in his online forum today, writing, "Well it's official: We have a great Transformers 3 story. The release date is now July 1st 2011. Not 2012."

Bay also included a lighthearted note to starlet Megan Fox, poking fun at reports the two have butted heads in the past. "Megan Fox, welcome back. I promise no alien robots will harm you in any way during the production of this motion picture. Please consult your Physician when working under my direction because some side effects can occur, such as mild dizziness, intense nausea, suicidal tendencies, depression, minor chest hair growth, random internal hemorrhaging and inability to sleep."

Megan grew up surfing — and once had a run-in with a Great White shark!

Fox once said that she started acting as a way to make money and avoid college — and when she finally got her big break in “Transformers,”she didn't know she was the female lead until shooting wrapped!

Megan hates to hear people breathe, and has claimed it's a phobia because she dislikes it so much!

One of the Boys

Growing up, Megan claims that she would sometimes eat lunch in the school bathroom because, although the boys loved to hang around her, girls were harsh and would sometimes throw ketchup packets at her.

Shopaholic alert! Fox says that she spends most of the money she makes on shoes.

Megan is often compared to Angelina Jolie, but thinks the media's comparison displays a lack of creativity.

Fox admits that she and Lindsay Lohan butted heads on the set of “Confessions of a Teenage Drama Queen” — but chalks it up to the cattiness of all 17-year-old girls.

As a teenager, Megan says she was always in trouble for sneaking out to meet boys and stealing her mom's car!

Fox told Entertainment Weekly that the worst-case scenario she could see herself in would be filming for “The Hills.”

Fox has nine tattoos — and confesses that she once let a tattoo artist smoke weed before inking her up, and he messed up her body art!