Mob daughter Victoria Gotti is spilling all to "Extra" about growing up in a gangster family. 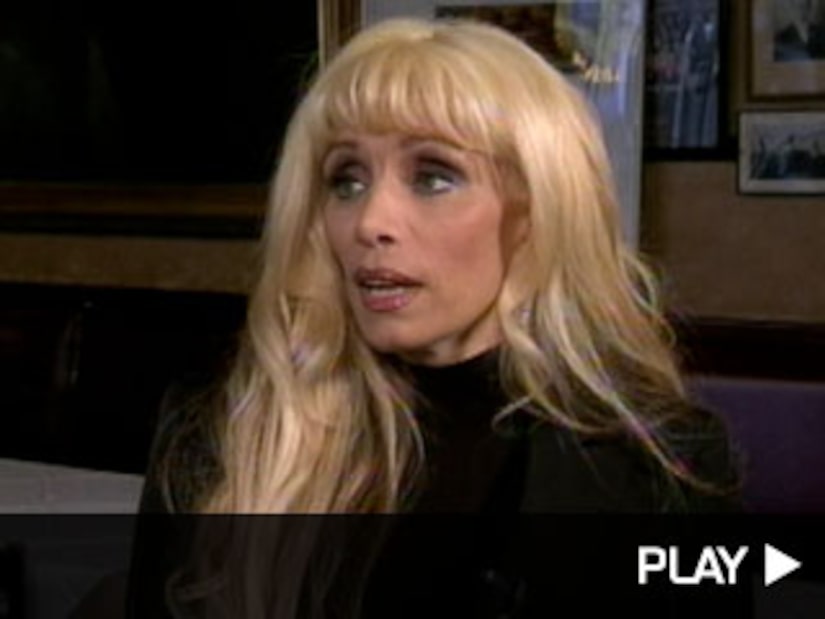 The mob wool was still over Victoria's youthful eyes when she married ex-hubby Carmine Agnello, telling "Extra" she didn't know about his life of crime until 15 years after the wedding! "When he got arrested for the first time, I was blown away."

Victoria also recalls chilling events that reminded her of the life her family lived -- including when her mother stabbed her father with a fork, and when her own husband held a gun to her face. "He was on top of me. I woke up, literally opened my eyes to the barrel of the gun."

Gotti may be breaking the crime family code of silence, but she maintains she was given her father's blessing to talk. "He said, 'I have to tell you, don't even make me out to look like an altar boy 'cause I wasn't."

The mafia princess also opened up about the mysterious disappearance of a neighbor who killed her brother Frank in a car accident. "I wanted revenge," Gotti admits, adding that most people believed her father granted that wish. Victoria herself believes her father was innocent. "Ironically, this was something someone did and they thought they were gonna get a pat on the back."

Gotti also believes that brother John Jr. -- now awaiting trial on murder and racketeering charges -- is innocent. "John has never killed anybody. John was never a hardened gangster, per se." According to Victoria, John shied away from the family business, and John Sr. was happy to let him go.

For more on Victoria's life in a crime family, pick up a copy of "This Family of Mine."