Madge is shooting down rumors that she's planning to tie the knot with luscious Brazilian model boytoy Jesus Luz. 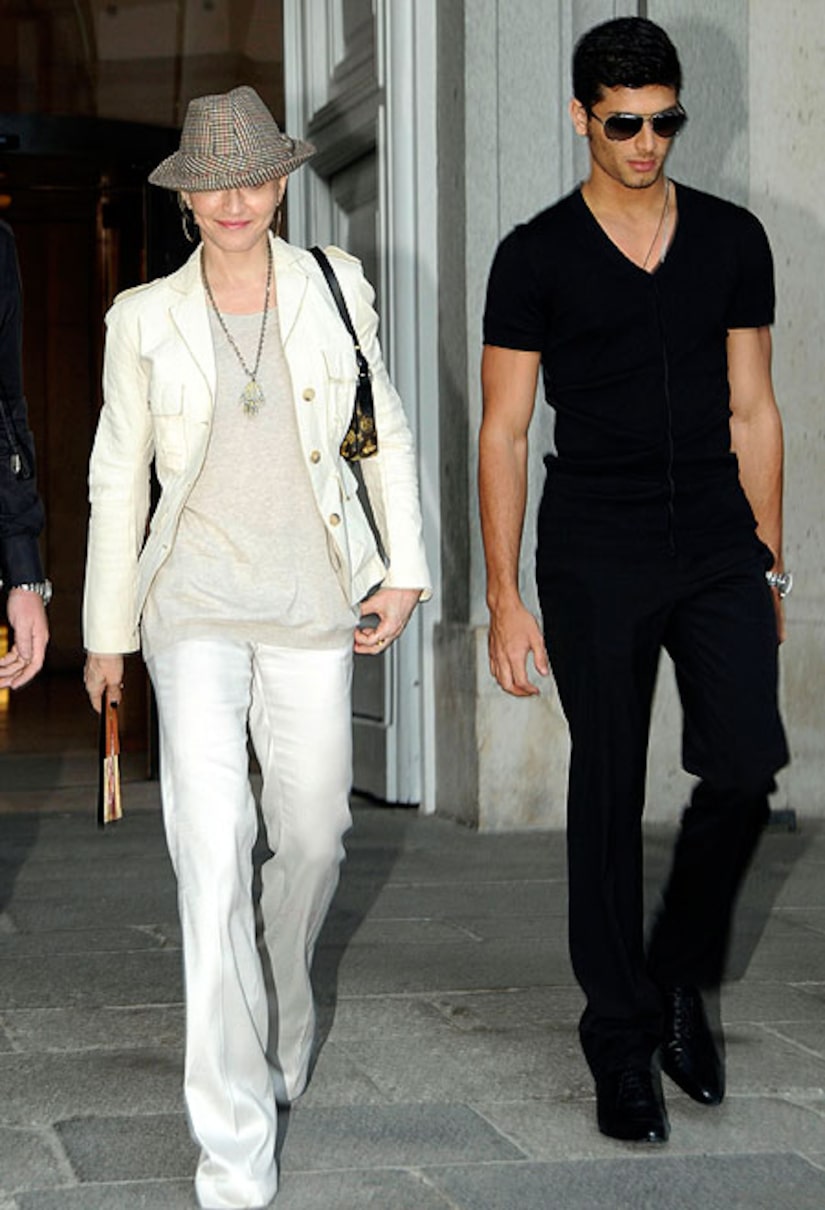 Rumors ran rampant on the net suggesting that the "Material Girl" was ready to settle down for the third time, but reps for her Madgesty tell "Extra" that they're "not true."

Check out photos of the couple in Italy for Madonna's birthday!