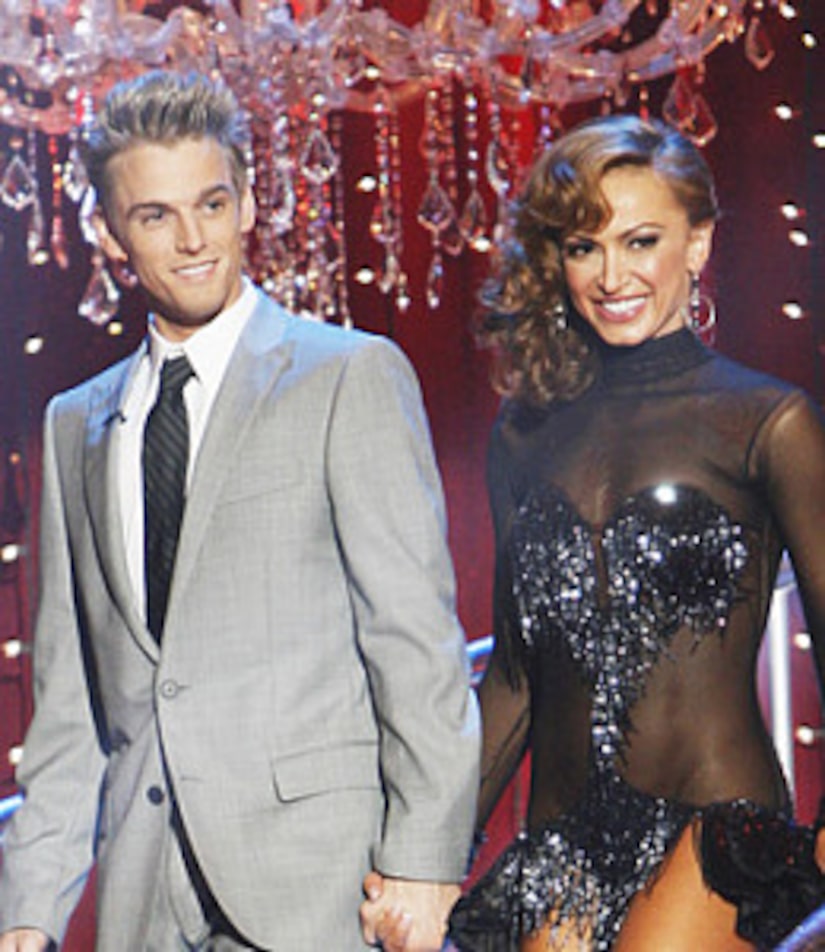 Most contestants on "Dancing with the Stars" are still getting a feel for the floor and their partners, but singers Aaron Carter and Mya proved that with practice and determination, they could wow the judging panel!

Aaron and partner Karina Smirnoff went out on a limb by dancing the quickstep to the theme song from "The Muppet Show" -- and their risk paid off. Judge Bruno Tonioli called their dance "spectacular," and the judging panel awarded them three straight 9s.

Mya also earned three 9s for her jive with partner Dmitry Chaplin, who was criticized last week for his choreography. The songstress proved with her precise footwork and skills that she belongs on the dance floor.

Tom DeLay suffered a pre-stress foot fracture last week, and his pain was apparent during the tango -- he suffered through the dance, but nearly dropped his partner Cheryl at one point. He and Kathy Ireland, who danced the quickstep, tied for the lowest score of the night.

Whose spotlight has burned-out on the dance floor? Find out when "Dancing with the Stars" airs tonight on ABC. 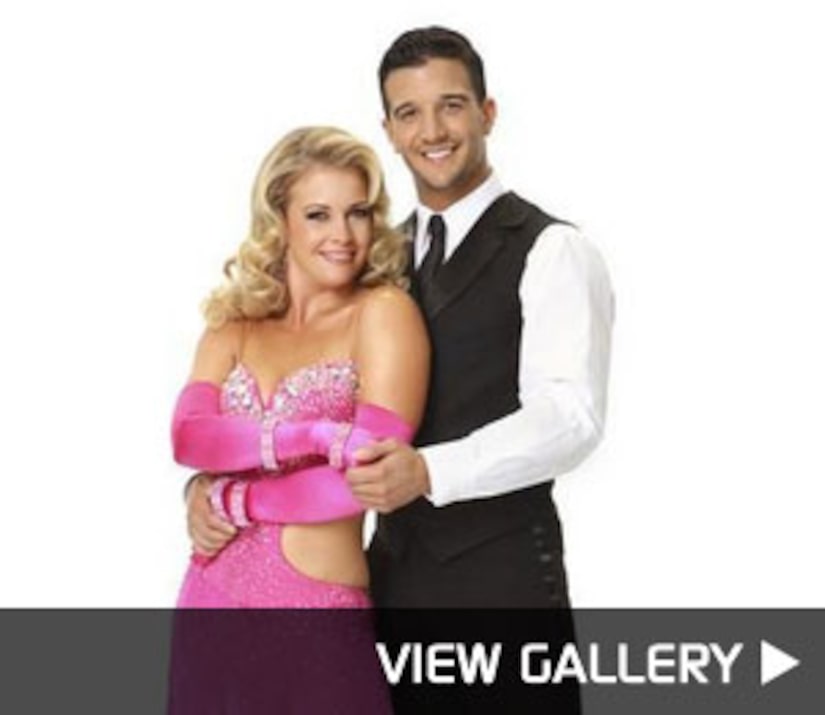