"Twilight" hunk Taylor Lautner has received heaps of praise for his bulked up new body -- but the actor admits that the attention has made him "uncomfortable." 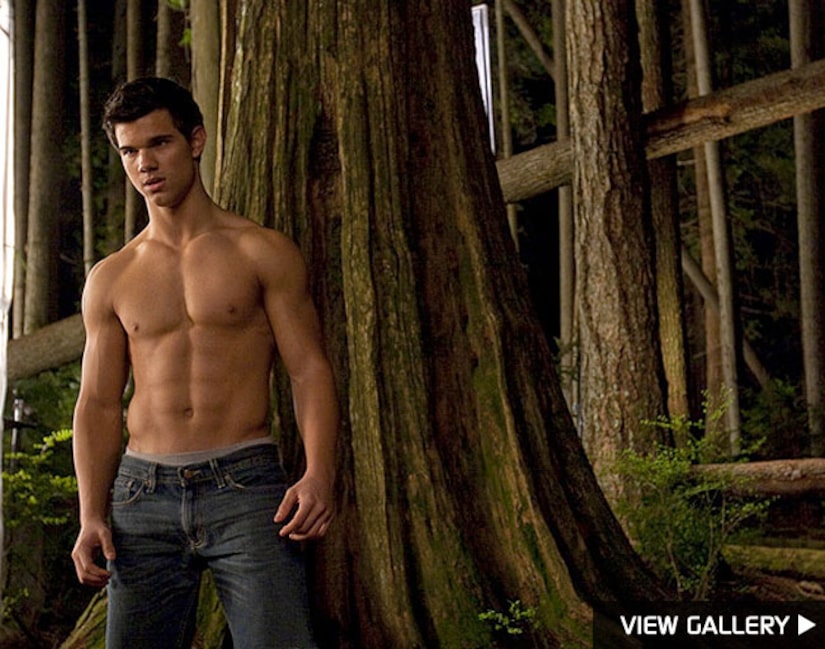 "It's actually quite uncomfortable knowing so many people are seeing that," the 17-year-old heartthrob confessed to Us Weekly at Teen Vogue's Young Hollywood party in L.A. "It's a little bit embarrassing!"

Packing on 30 pounds of muscle was no easy feat for the werewolf, who goes shirtless in "New Moon." Taylor dishes that bulking up took "a lot of hard work -- eating, working out, a lot of stuff."

Lautner is currently filming "Eclipse," the third film in the franchise, in Vancouver. "It's really good," Taylor says of life on set. "We are having a lot of fun hanging out up in Vancouver."

Taylor has the honor of landing the cover of the October issue of Teen Vogue -- and rumored ex-girlfriend Selena Gomez tells Us that Lautner was right for the photo op. "He is kind of 'It' at the moment!" the Disney star told Us at the Teen Vogue bash. "I think it's so awesome he is on the cover."

Get the first look at what's coming up in "Extra This Week," along with the week's top stories, cool prize giveaways and special videos and photo galleries.